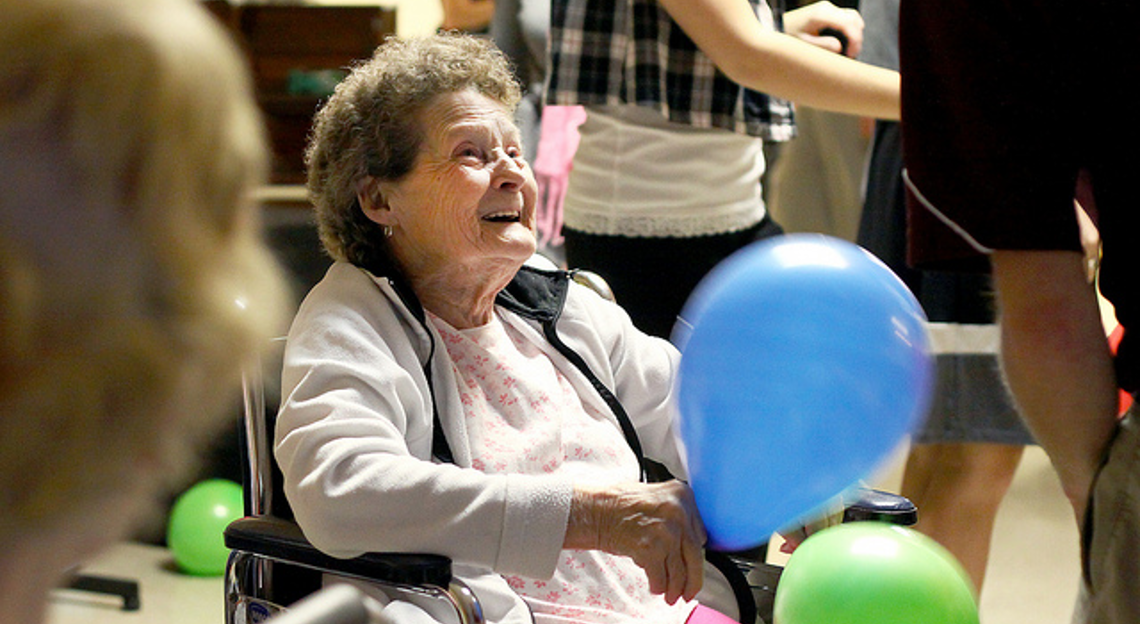 Fighting elder abuse in care services: a matter of rights!

Too many older persons suffer abuse and neglect across Europe and worldwide in health and long-term care services. Raising awareness of this widespread reality is necessary to give a voice to victims of abuse who remain most of the time invisible. To mark the World Elder Abuse Awareness Day, the European Commission, the Council of Europe, ENNHRI (European Network of Human Rights Institutions) and AGE Platform Europe are co-organising a conference on fighting elder abuse in health and long-term care.

Elder abuse in the health and long-term care sector is closely related to widespread ageist attitudes, inequalities in access to services and undervalue of elder care in society. Abusive practices include delayed, refused, inadequate or undignified treatment. Older people may also suffer from inappropriate (poly)medication which impacts on their health, quality of life and right to live independently. Many older persons lack access to, or are refused, preventive healthcare, palliative care and affordable rehabilitation services that take into account their specific needs.

The increasing demand due to population ageing combined with austerity cuts in publicly funded services and the lack of a rights-based approach to protect older people and ensure universal access to health and long-term care services, increase the risk of mistreatment and neglect in old age. At the same time, failing to adopt a rights-based approach reinforces the age stereotype that refers to the older population as a homogeneous group with inevitably declining abilities and increasing needs.

’Adopting a more positive attitude to ageing and looking at frail older persons as rights holders entitled to respect and dignity is the cornerstone for ensuring a truly old-age inclusive society and preventing elder abuse’, highlighted Anne-Sophie Parent, AGE Platform Europe Secretary-General, ’No one should be denied access to the health and long-term care they need, including older people with severe dementia!’

Several legal and policy tools are available at EU and international level to combat elder abuse and ensure universal access to care services, but more work is needed to guarantee that older people can enjoy their human rights until the end of their life. Policies such as the European Disability Strategy should pay more attention to ensuring the access of older people to the care they require according to their needs and regardless of their age. At the same time, there is a need to further develop the ability of health and long-term care systems to prevent, detect and address situations of abuse that happen at home, notably through better training and staff awareness.

’The effects of an ageing population on society are of increasing concern to the Commission,’ said Mr Francisco FONSECA MORILLO, Deputy Director General, DG Justice and Consumers, European Commission. ’The EU initiates a number of legal and policy developments that are important for the protection of older people from discrimination and abuse. Of course, firstly we are still working consistently to get the relevant 2008 Commission proposal for an Equal Treatment Directive adopted by the Council. In the meantime, other more specific actions are progressing.’ Mr Fonseca Morillo added that ’the Commission proposal for a European Accessibility Act is just one illustration of the relevance that the UN Convention on the Rights of Persons with Disabilities has for older persons. The majority of people with disabilities are in fact older persons. It is good to see that today’s conference examines the question how the UNCRPD can be better used to fight elder abuse’.

’This year, our Elder Abuse Awareness Day conference highlights the situation of many individuals across Europe who suffer abuse in long-term care, and whose voices are often not heard. The ENNHRI Project on the human rights of older persons and long term care is monitoring the situation in six EU states, and will continue raise awareness of the phenomenon, and work towards a human rights based approach to elder care’, stated Debbie Kohner, ENNHRI Secretary General.

Lord Foulkes, rapporteur on ’A European social commitment guaranteeing the rights of the elderly and their comprehensive care’ in the Parliamentary Assembly of the Council of Europe, declared that ’to guarantee social rights in Europe, we need continuous political willingness and commitment on the one hand, and practicable measures and tools on the other’. ’Alluding to the “important human, social and economic contributions made by Elderly people to building a prosperous European society, which is not sufficiently recognised’, he said: ’We need to raise public awareness on the necessary realignment of the highest attainable standard of physical and mental health care with the needs of older people’.