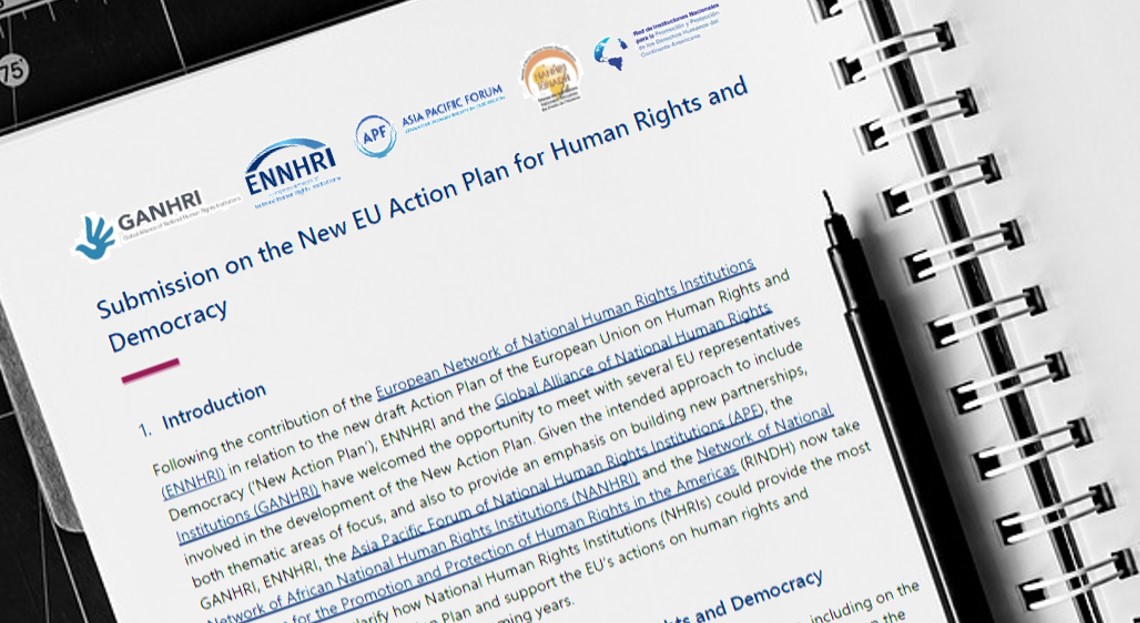 In a submission to the EU, all official networks of National Human Rights Institutions (NHRIs) have formally underlined the importance of including NHRIs as key partners in the new draft EU Action Plan on Human Rights and Democracy. The submission was supported by the Global Alliance of NHRIs and the four regional NHRI networks of Asia Pacific, Africa, the Americas and Europe (ENNHRI).

The EU Action Plan on Human Rights and Democracy sets the EU’s guiding commitments for its foreign policy to advance human rights and democracy in the world. In the EU’s current Action Plan (for 2015-2019), NHRIs are recognised as a central actor in the broad human rights architecture and a key partner for boosting the ownership of local actors and public institutions.

Partnering with NHRIs can be key for the EU to access objective information and reinforce its engagement with civil society and the state. Support from the EU is also essential for NHRIs working in challenging contexts, especially given the increase in threats against human rights and the rule of law.

Given this, it is strongly recommended that NHRIs are included as one of the categories of actors with whom the EU will build partnerships within its new Action Plan. It is also underlined that reference to state or civil society actors do not include NHRIs, given NHRIs’ unique position between civil society and the state.

These recommendations build on ENNHRI’s earlier contribution to the consultations on the new EU Action Plan.