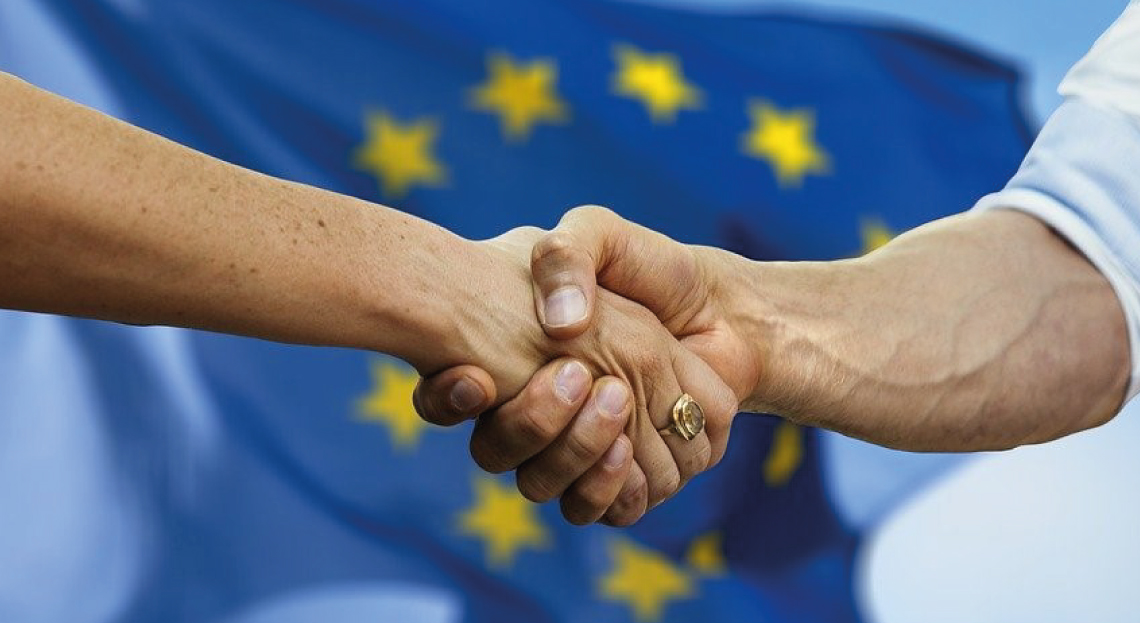 Advancing human rights in EU internal and external policy: What opportunities for NHRIs?

On 9 and 10 November, ENNHRI hosted two webinars focusing on opportunities for National Human Rights Institutions (NHRIs) to enhance human rights, the rule of law and democracy through new EU policy instruments. NHRI heads and EU policy actors exchanged on how NHRIs’ strategic engagement at the regional level can effect change at the national level.

The webinars looked at policy developments in EU internal and external action and the avenues they provide for NHRIs to contribute to the promotion and protection of human rights at the national level. NHRI heads exchanged their experiences in engaging with EU actors, shared examples of cooperation and proposed steps to further strengthen and formalise collaboration to effectively safeguard fundamental EU values within and outside the EU. Participants also stressed the importance of encouraging coherence between internal and external EU action.

The first webinar explored new EU internal policies and ways NHRIs can be involved to promote the rule of law, democracy and fundamental rights at the national level.

Participants agreed on the importance of strong and independent NHRIs, with the European Commission committing to continue its monitoring of the establishment and compliance of NHRIs with the UN Paris Principles in its future annual rule of law cycles. Emmanuel Crabit, Director of Fundamental Rights and Rule of Law at the European Commission, stressed that fully functioning and independent NHRIs are in the common interest of the EU. Andreas Accardo and Eva Sobotka from the EU Agency for Fundamental Rights (FRA) underlined the importance of NHRIs’ independence in contributing reliable information in fundamental rights monitoring processes.

Discussions also addressed the lack of a legal basis for NHRIs in EU law, which could strengthen the political recognition and support to NHRIs by the EU. MEP Michal Šimečka recognised that more needs to be done to ensure the formalisation of NHRIs’ role within the EU framework, while FRA representatives stressed that recognition at the EU level can help ensure Member States establish and strengthen NHRIs at national level. Formalising EU engagement with NHRIs can strengthen their cooperation, creating impacts for human rights and rule of law at both the EU and national level.

Speakers also recognised the unique value of NHRIs’ independent monitoring and reporting. Emmanuel Crabit acknowledged the important contribution of ENNHRI and its members to the European Commission’s first rule of law report, while Michal Šimečka encouraged the inclusion of all EU values in NHRIs’ monitoring work, including the rule of law, democracy and human rights. Both welcomed the consistency of reporting in ENNHRI’s contribution to the Commission’s annual rule of law cycle, in line with the principle of equal treatment of Member States, which allowed for constructive comparisons across states.

A key takeaway was the importance of the “nationalisation” of EU values and the rule of law debate, with the European Commission representative stressing that NHRIs have a key role to play in steering the discussion around the first rule of law report at the national level, followed by the exchange of good practices among Member States. On the other hand, participants emphasised the significance of the “Europeanisation” of national concerns, aiming at strengthening protection of the rule of law at national level.

Cooperation with actors beyond the EU was also mentioned as essential. Mirosław Wróblewski from the Polish NHRI (Office of the Polish Commissioner for Human Rights) underlined that opinions of international organisations, such as the OSCE Office for Democratic Institutions and Human Rights, formed a very important part of rule of law monitoring. Beate Rudolf from the German NHRI (German Institute for Human Rights) spoke in favour of the establishment of a right for Paris Principles-compliant NHRIs to request an opinion from the Council of Europe Venice Commission on issues of fundamental rights, rule of law and democracy.

The second webinar focused on entry points for NHRIs in new EU external policies, including ways for NHRIs to become key contributors to the success of policy initiatives and to drive progress on rule of law, human rights and democracy.

NHRIs’ valuable insight on the situation on the ground was recognised. Luisa Ragher, Head of Human Rights Division at the European External Action Service (EEAS), stressed the importance of EU delegations consulting NHRIs in implementing the new EU Action Plan on Human Rights and Democracy, and engaging them during the preparation of country strategies and human rights dialogues. She also emphasised the political support EEAS provides to NHRIs, especially those facing threats, encouraging institutions to reach out when facing challenges affecting their independence and mandate.

Representing DG NEAR of the European Commission, Myriam Ferran elaborated on the EU’s support for NHRIs in its new Eastern Partnership and Enlargement policies. This is mainly through engagement in policy dialogues with governments and the encouragement of reforms promoting the rule of law, human rights and support for institutions. Conditionality forms an essential part of both policies, following a “more-for-more” approach that provides more financial assistance when countries comply with EU policy guidance.

These policies also put a strong focus on fundamental rights and the rule of law, while support for independent NHRIs will rank among the key priorities of the new Instrument for Pre-accession 3. Myriam Ferran recognised the importance of including NHRIs in the accession negotiations, while indicating that EU Delegations are the ideal entry points for NHRIs to contribute to relevant EU policy instruments.

Erinda Ballanca from the Albanian NHRI (Office of the People’s Advocate) commented that in Kosovo*, for example, the implementation of NHRI recommendations by the government is included as an accession benchmark, an approach that could be applied in other countries. Nino Lomjaria from the Georgian NHRI (Office of the Public Defender) emphasised the need for a more formalised approach by EU actors in third countries to facilitate timely, targeted and result-oriented information exchange with NHRIs.

Finally, both webinars reflected the need for additional financial support to NHRIs and ENNHRI, especially in light of emerging challenges (such as COVID-19 impacts and shrinking space for human rights defenders) and widened NHRI mandates. Engaging with EU actors and contributing to new policy initiatives, with the aim of leveraging change at the national level, requires additional resources in order to maintain and bolster the effectiveness of NHRIs’ work and impact on the ground.

These discussions came ahead of ENNHRI’s Annual Conference on 2 December. The online conference will bring together leaders of European NHRIs with key European policy makers for a public debate on strategic engagement with and support for NHRIs for better promotion and protection of human rights in Europe.

Register for the conference by 27 November 2020.