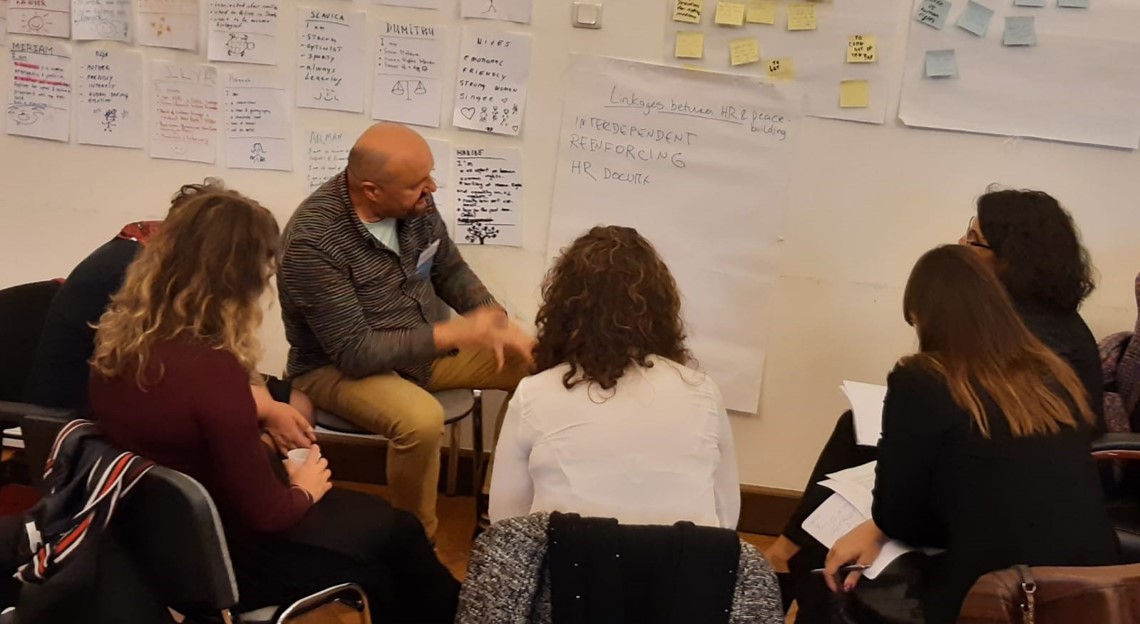 Workshop in Zagreb explores the role of NHRIs in peacebuilding

On 29-31 October 2019, ENNHRI held a workshop in Zagreb, Croatia, to explore the role of National Human Rights Institutions (NHRIs) in peacebuilding. Over 30 participants representing NHRIs from Europe, Guatemala, Sri Lanka and Uganda, as well as civil society and intergovernmental organisations, came together to address conceptual approaches to peacebuilding, links with human rights and practical implications of engaging in this work for NHRIs.

As discussed at the meeting, NHRIs can become a very important and somewhat missing link in the peacebuilding architecture. They stand to promote and protect the dignity of all people in societies that are impacted by memories of hostilities. With their independent status, NHRIs bridge various parts and levels of society, making them unique counterparts in the peacebuilding process.

In exploring the links between human rights and peacebuilding, participants pointed out international legal frameworks that are common to both fields, including key principles such as non-discrimination, participation and the rule of law. Common methods and tools of work were also addressed, such as using education or documenting violations, as well as the principle of “do no harm” as a guiding rule.

Inspiration was drawn from presentations by the NHRIs of Guatemala, Sri Lanka and Uganda, whose experiences from outside of Europe highlighted the difficult issues that arise when working in reconciliation. These NHRIs, established in transition periods after decades of war, became a natural part of the peacebuilding process in their countries. They seek to create hope, promote dialogue and education, engage in early warning and response to prevent violence and build trust among groups in society.

In addition, a number of questions were addressed during the workshop, such as: how space for human rights can be created in peacebuilding; where human rights and peacebuilding can be in tension with one another and how they can both be achieved; how to ensure independence and avoiding politicisation; and how to identify priorities. In light of these issues, participants discussed the importance of ‘conflict sensitivity analysis’, which involves an assessment of how to maximise positive impacts on peace while reducing possible harm before planning peacebuilding work.

While these questions raised initial discussions on NHRIs’ role in peacebuilding, follow-up discussions are needed to further explore this area of work.

Participants also visited the ‘Image of War’ exhibition at Zagreb’s War Photography Museum, which served as a basis for discussion around using art in peacebuilding work.