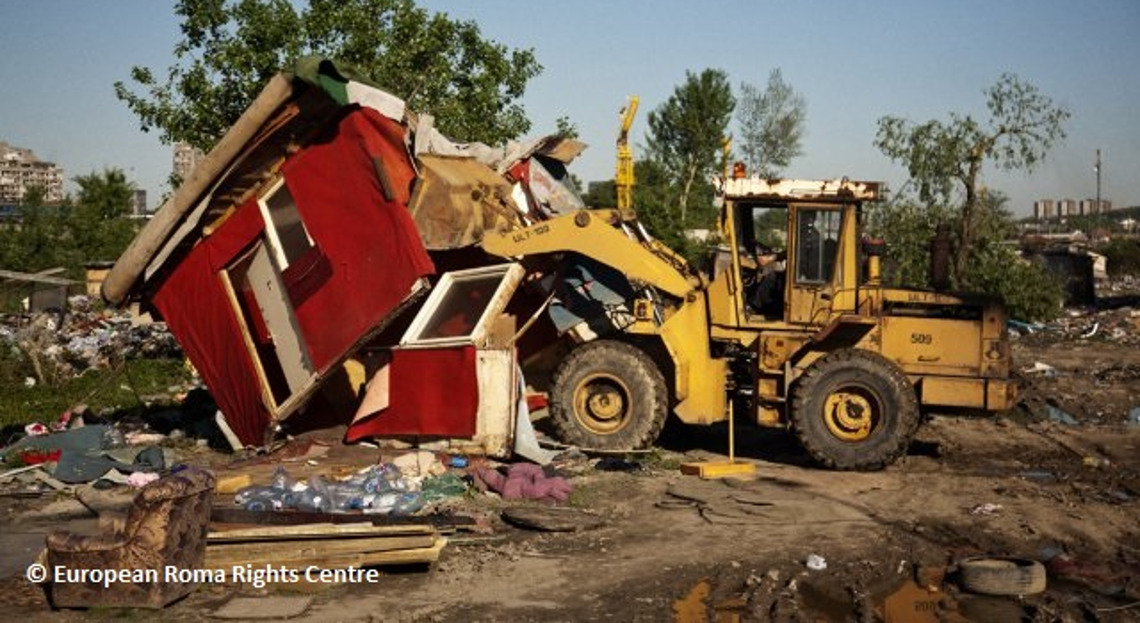 Traditionally, summer holidays coincide with the eviction of Roma and Travellers throughout Europe, which takes place almost unnoticed. The Office of the United Nations High Commissioner for Human Rights (OHCHR) and the OSCE’s Office for Democratic Institutions and Human Rights (OSCE/ODIHR) join the Council of Europe, the European Union Agency for Fundamental Rights (FRA), the European Network of European National Human Rights Institutions (ENNHRI) and the European Network of Equality Bodies (Equinet) in a statement to condemn the recent evictions of Roma and Travellers in Europe.

Throughout Europe, Roma and Travellers – particularly those living in informal settlements, slums or halting sites – face a disproportionately high threat of eviction. Signatories call on national, regional and, in particular, local authorities to find sustainable solutions to the housing problems that many Roma and Travellers face, in order to avoid evictions.

OPRE partners strongly condemn forced evictions without due process and provisions of adequate alternative housing. Such evictions violate international human rights obligations. The authorities must ensure that everyone subject to eviction is adequately informed of their rights, and carry out necessary evictions without discrimination or harassment.

The statement highlights the long-term negative implications of eviction that can result in physical and psychological problems, including emotional trauma and lasting social isolation, which particularly affects elderly people, women, children, and people with disabilities.

The Council of Europe Commissioner for Human Rights, in letters addressed in February 2016 to the authorities of seven member States, also stressed that “this situation increases the vulnerability of Roma families, prevents their social inclusion and impedes any prospect of regular schooling for their children”.

As per the explanatory footnote used by the Council of Europe, the term “Roma and Travellers” encompasses the wide diversity of the groups covered: on the one hand a) Roma, Sinti/Manush, Calé, Kaale, Romanichals, Boyash/Rudari; b) Balkan Egyptians (Egyptians and Ashkali); c) Eastern groups (Dom, Lom and Abdal); and, on the other hand, groups such as Travellers, Yenish, and the populations designated under the administrative term “Gens du voyage”, as well as persons who identify themselves as Gypsies.

The establishment of the OPRE platform is the result of the joint conference of the Council of Europe, the European Network of Equality Bodies (Equinet), the European Network of National Human Rights Institutions (ENNHRI) and the European Union Agency for Fundamental Rights (FRA), which took place in October 2013 in Vienna. The conference set the scene for closer cooperation among national bodies and between national and international bodies. It was agreed to establish such platforms for collaboration on pressing topics such as asylum and migration, Roma integration, combating hate crime, and advancing social and economic rights and socio-economic equality.