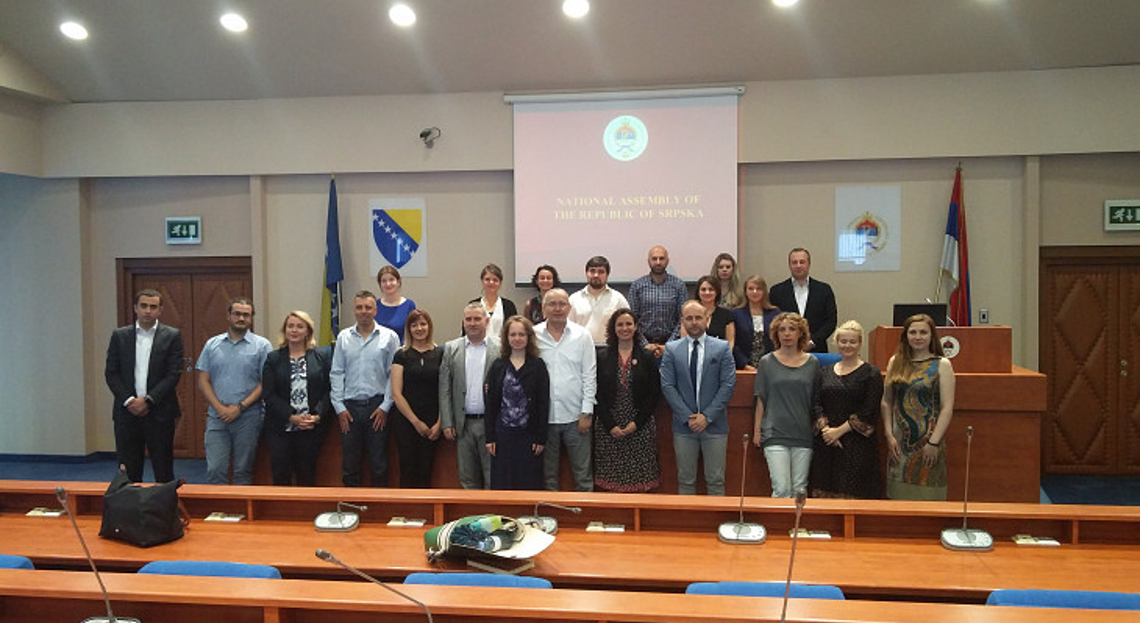 At the end of a three-day human rights education workshop which took place in Sarajevo, the Ombudsmen of Bosnia and Herzegovina invited the participants to visit their local office in Banja Luka.

With its three ombudspersons located in cities pertaining to different regions (Sarajevo, Banja Luka and Mostar), “the institution of the human rights ombudsmen of Bosnia and Herzegovina illustrates the need for NHRIs to reach out to citizens locally and for the individuals to enjoy their human rights on the local level” said Debbie Kohner, ENNHRI Secretary-General.

“NHRIs are relevant because they are in direct contact with individuals and the real problems they face” said prof. dr. Ljubinko Mitrović, Ombudsman of Bosnia and Herzegovina, Banja Luka office.

The participants also made a visit to the parliament of Banja Luka. The Secretary-General of the Parliamentary Assembly in Banja Luka explained the relevance of cooperation with the Ombudsmen, including through the presentation of their annual report, containing recommendations, but also through the informal advice on various human rights concerns, which takes place on almost daily basis.

The Secretary-General of the Banja Luka parliament pointed out two areas where the advice of the ombudsmen is especially sought after: the constitutional recognition of electoral rights for persons belonging to minority groups, and the rights of internally displaced persons and refugees.

According to the Paris Principles, NHRIs need to engage with parliaments. Guidelines detailing how NHRIs can do so are provided by the 2012 Belgrade Principles.

Participants benefited from the support of OSCE in the organisation of their trip to Banja Luka.