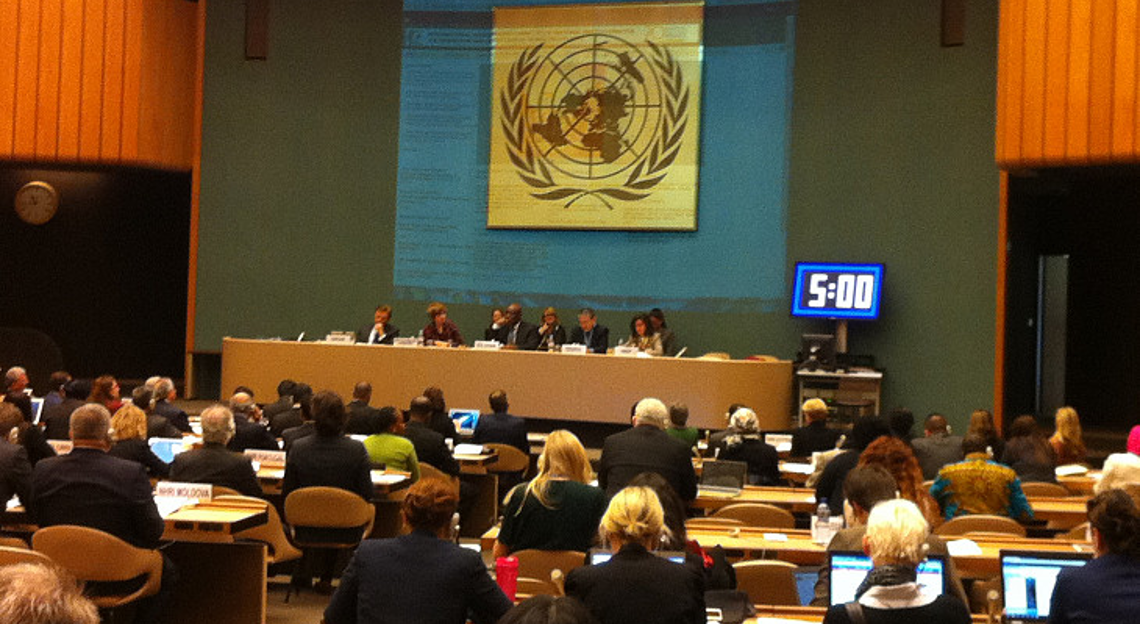 The 29th Annual General Meeting of the ICC took place on 22 and 23 March 2016 in Geneva, Switzerland. Representatives of more than 100 NHRIs from across the globe, as well as from OHCHR, UNDP and other UN mechanisms, the International Ombudsman Institute and NGOs, attended the event. The participants discussed the key role of NHRIs in the current human rights climate but also the challenges that these institutions are facing, in particular those related to the current conflicts around the globe, the impact of violent extremism and terrorism and the massive displacement of people.

UN Deputy Secretary-General, Jan Eliasson, addressed the Conference in a video message, highlighting the key role of NHRIs: “you are vital pillars for society, you help guide state institutions, you help prevent violations, you give a voice to victims, and your work strengthens UN independent monitoring mechanisms.”

Deputy High Commissioner for Human Rights, Kate Gilmore, made an appeal for NHRIs to join forces in upholding the rights of all people at the hardest of times. She remarked that NHRIs have an essential role to play: they can address critical issues and are uniquely placed to encourage accession and ratification to international human rights instruments. This is why, for OHCHR, the partnership with NHRIs is very important and the value of NHRIs contributions has been recognised by the UN General Assembly.

UNDP Director, Maria Luisa Silva, paid tribute to the NHRIs staff “who managed to protect the most vulnerable and brought the NHRIs to the role and status that they have today. She highlighted that a holistic, people-centred approach to Sustainable Development needs to take human rights into account. That is why “existence of independent National Human Rights Institutions, in compliance with the Paris Principles,” is now included among the indicators used for the implementation of the SDGs. Ms. Silva also stressed the critical role of NHRIs in providing national information, establishing a dialogue between national and international bodies, and ensuring that real change is implemented on the ground.

The opening ceremony was followed by a session on the Merida Declaration, which highlights the role of NHRIs in implementing the 2030 Agenda for Sustainable Development.

The meeting marked an official name change for the ICC, which became the Global Alliance of National Human Rights Institutions (GANHRI). Prof. Dr. Beate Rudolf from the German Institute for Human Rights took over from Adv. Lourence Mushwana, of the South African Human Rights Commission, as the first Chair of GANHRI – for the 2016-2018 period. Prof. Rudolf declared that “launching GANHRI is about bringing across our particular strength as a connected and collaborative alliance”.

The members closed the Annual Conference by adopting a GANHRI statement on “Current Challenges to Human Rights Institutions”, expressing their concern with regard to the devastating impact of armed conflicts, the massive displacement of people, as well as the increase in racism and intolerance on the protection of human rights everywhere in the world.