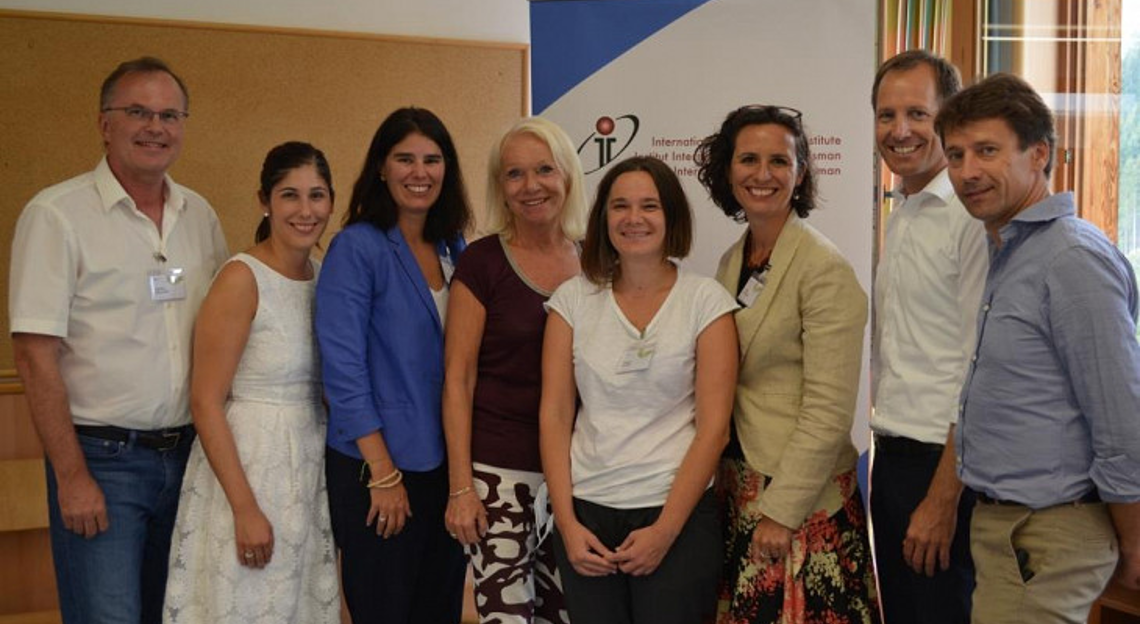 “Human Rights on the Run” at the European Forum Alpbach

Debbie Kohner, ENNHRI Secretary General and Tatjana Vlasic, on behalf of ENNHRI’s Chair, the Ombudswoman of Croatia, participated on 29 August 2016 in a Session on “Human Rights on the Run” organised by the International Ombudsman Institute (IOI) within the European Forum Alpach.

ENNHRI‘s Secretary General highlighted the need for the various stakeholders to do more to halt the current trend of “human rights on the run” and outlined NHRI’s recent experience in the area of counter-terrorism and human rights, using examples from across ENNHRI’s membership, including NHRIs from France, Belgium, Poland, Netherlands, Luxmebourg, Ukraine and Northern Ireland.

She further highlighted the NHRIs role in this context, and called for other organisations and individuals to harness their potential, including NHRIs ability to support individuals who have suffered violations of their human rights, to monitor the human rights situation and the impact of counter-terrorism measures, and advise state institutions on various such concerns and raise awareness on the realities of human rights.

Günther Kräuter (IOI), Secretary General of IOI, and also representing ENNHRI’s member the Austrian Ombudsman Board, reminded about the Belgrade Declaration on the protection and promotion of human rights, signed by Ombudsmen and NHRIs in 2015, and concluded that it is essential that Ombudsmen use all their strong instruments to protect the human and fundamental rights of everybody, as “the commitment to human rights can only be tested in times of adversity”.

The lively discussion also included examples of the work of the Croatian Ombudswoman – from working on the ground with the refugees in Croatia to monitoring the treatment of refugees and migrants and influencing policy agenda.

Christoph Pinter from UNHCR informed about the realities of the global forced displacement in 2015, highlighting that, despite of the fact that Europe’s share for providing protection to refugees remains low (asylum-seekers in Europe only constitute some 0.2% of its population), restrictive measures have been adopted with the aim of preventing people from seeking refuge in Europe.

Many of the participants highlighted the need to communicate human rights more effectively and raise awareness for the wider public, especially in the current context.

Established in 1945, the annual European Forum Alpbach addresses the relevant socio-political questions of our time, connecting international decision-makers from all sectors of society with an interested audience and committed young people. Its goal is to create a dialogue across the generational, ideological and other lines that divide us.

Photo: Participants in the session “Human rights on the run” – ©European Forum Alpbach