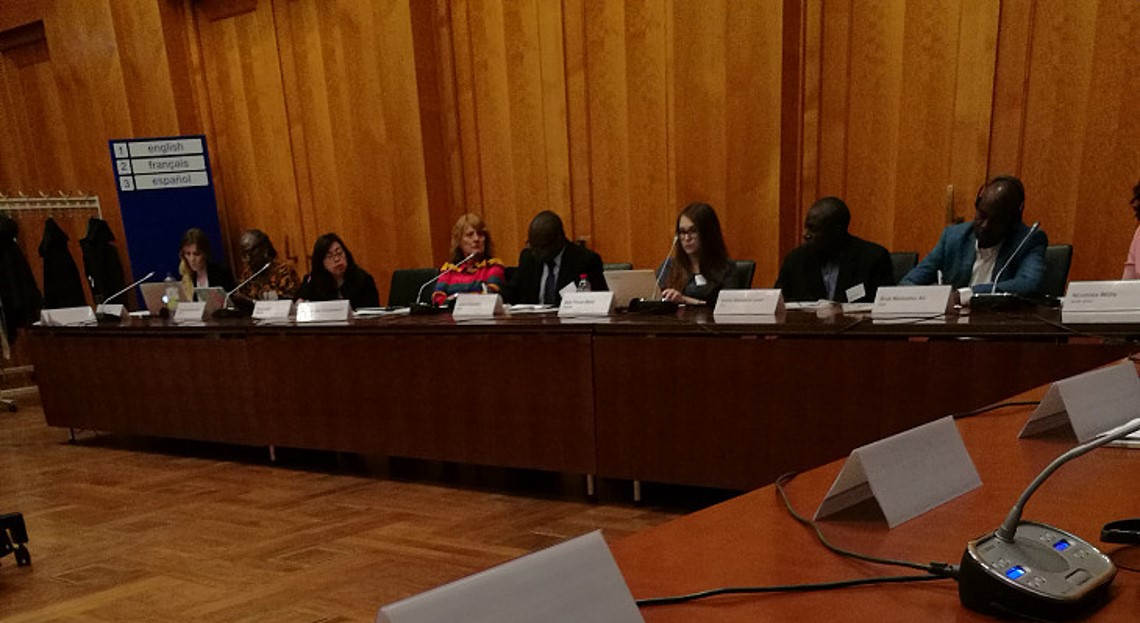 From words to deeds: securing migrants’ rights within GCM

ENNHRI participated in the GANHRI Conference “From words to deeds: securing the human rights of migrants in the implementation of the Global Compact on Human Rights”. The conference was organized by the German Institute for Human Rights in Berlin on 3 and 4 May 2018.

The conference followed GANHRI’s participation in the ongoing drafting of the UN Global Compact on Migration (GCM) which explicitly makes reference to NHRIs and their regional and global networks as stakeholders. In March 2017, GANHRI established a GCM task force with members from the Philippines, Morocco, Mexico and Germany. GANHRI’s input to the GCM has focused on ensuring a human rights based approach to migration, linking the GCM process to the Sustainable Development Goals (SDGs). Also a sound follow-up and review mechanism were established.

While the final text of the GCM will be adopted in December 2018, the GANHRI conference brought together over twenty NHRIs from across the four regional networks to share their experiences. They mainly focused on labour migration and the protection of migrants. State delegates and representatives from the International Organisation for Migration and the UN Committee on the Rights of Migrant Workers also participated to the conference.

In her opening statement, GANHRI Chairperson Beate Rudolf highlighted that the public discourse on migrants is backtracking and that hatred and violence against migrants is on the rise, especially in Europe. The important role of NHRIs to tackle stereotypes was highlighted throughout the conference and illustrated with experiences from NHRIs across all regions.

As economic and social rights remain all too often treated as secondary rights, the meeting was a good platform for discussion on that topic as well, especially in relation to migration.

“The rights of migrants to bed, bath and bread should not be treated as secondary rights.”
Adriana Van Dooijweert, ENNHRI working group chair on asylum and migration

All participants to the conference can expect a more elaborated text on the follow-up and review in the next few weeks. The GANHRI GCM task force will work towards the explicit recognition of the role of NHRIs in the follow-up and review of the GCM. For more information, please consult ENNHRI’s working group on asylum and migration or contact Andrea Kämpf (kaempf@institut-fuer-menschenrechte.de), ENNHRI member of the GCM taskforce.