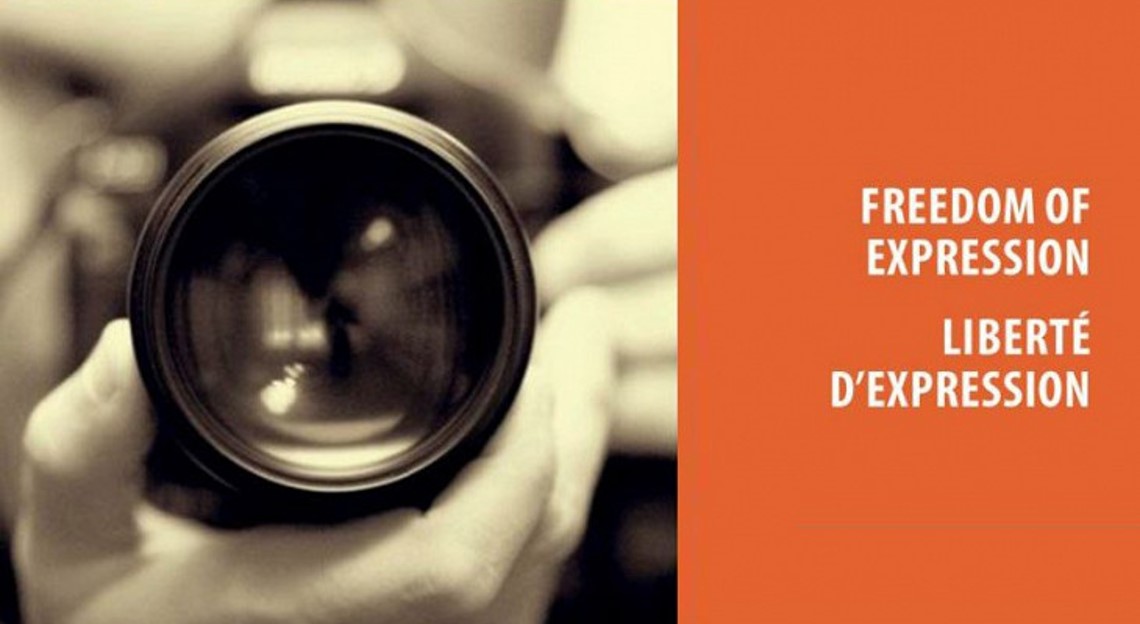 Freedom of Expression and the role of NHRIs

The role and powers of NHRIs and other national mechanisms in protecting the freedom of expression are the focus of a High-level Seminar co-organised by the Council of Europe and the European Network of National Human Rights Institutions (ENNHRI) in Strasbourg on 15 December 2016.

Freedom of expression – an essential ingredient of a democratic society
Thorbjørn Jagland, Secretary General of the Council of Europe, opened the event noting that, while democracy rests on the free-flow of information, in many of our societies today information flows are becoming increasingly unbalanced and impoverished. He highlighted that giving people access to high-quality information as they make their democratic decisions has become, one of the most pressing challenges in Europe, which is especially important as we head into 2017 – a big election year on our continent.

Adriana Van Dooijeweert, President of the Netherlands Human Rights Institute, welcomed the participants on behalf of ENNHRI, noting that “as NHRIs, we witness and also are mandated to monitor how freedom of expression is at the very core of human rights; a critical, much needed ingredient that paves the way and strengthens other freedoms, and a cornerstone of democracy.” She recalled that many NHRIs have recently increased their attention to the issue of independent media and protection of journalists, as an independent media becomes even more important in times of crisis. She also drew attention to the very important role of the European Court of Human Rights and how NHRIs can support the Court in exercising its mandate.

What role for NHRIs?

In a second panel, NHRIs reported that they are working on challenges to freedom of the media, such as defamation, state control and political pressure, censorship, intimidation, job insecurity and attacks on the confidentiality of journalists’ sources. Participants explored ways in which NHRIs can work with the state institutions, civil society and Council of Europe to protect freedom of expression. They also highlighted the need to support NHRIs in safeguarding this vital component of a democratic society.

“Freedom of expression and free flow of information are essential parts of public debate and democracy and NHRIs and CoE must join forces to maximise the impact of their efforts to protect it”, said Debbie Kohner, ENNHRI Secretary General. She reminded that NHRIs are important in protecting media freedom because of their independence, pluralism, broad mandate and functions and cooperation with civil society, media, national actors and the international mechanism.

Serbian Ombudsman, Sasa Jankovic urged for more impact of NHRIs, institutions which must go beyond their soft powers and soft words to respond to limits to and abuse of freedom of expression, where the foundations of a free and dignified society are attacked by populism, totalitarianism. If we don’t act now the entire democratic structure might collapse, said Jankovic, calling for the the establishment of a committee for the protection of democracy that would give NHRIs a more efficient tool to be able to fulfil their mandates. OSCE’s representative, Thijs Berman, reinforced this message, by reminding that there is no need for shyness in defending the media.

Thijs Berman reminded the room that protecting freedom of media means much more than only protecting journalists, as it leads to protection of individuals, including vulnerable groups. Furthermore, independence of the media and the judiciary are closely connected. He identified areas where NHRIs can be useful, for example, monitoring and advising on new legislation on counter-terrorism, security or defamation and preventing potential abuses. He also remarked that currently the market fails to uphold media pluralism, as print media doesn’t have sufficient resources and leaves local governments without the critical voice of journalists.

ENNHRI and Council of Europe concluded the event by making proposals for future joint action in order to address the pressing issues that were raised by participants in the course of the day. Participants included representatives of NHRIs and other national mechanisms, former judges of the European Court of Human Rights and journalists’ organizations. For a full list of speakers please consult the programme of the event.

You can find here the full programme of the event.