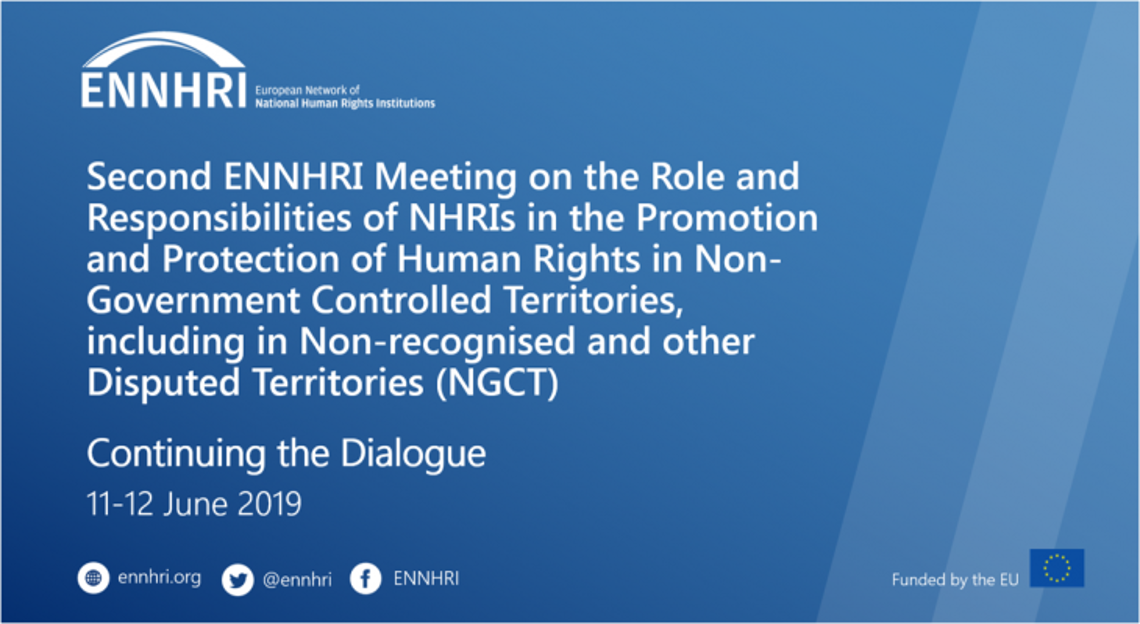 On 11-12 June, ENNHRI held a meeting in Brussels on the roles and responsibilities of National Human Rights Institutions (NHRIs) in the promotion and protection of human rights in Non-Government Controlled Territories (NGCT). The meeting consolidated a dialogue that started in February, identifying concrete ways on how European NHRIs can improve the human rights situation in areas outside the control of states due to conflict.

Participants at the meeting – made up of high-level representatives of nine European NHRIs as well as intergovernmental and civil society organisations – discussed the most contentious and important issues regarding NHRIs’ work with and in NGCTs, as addressed in ENNHRI’s draft Position Paper on the topic. This forthcoming paper was developed following a request by NHRIs and will serve as guidance for NHRIs’ effective implementation of their mandate in NGCTs.

One of the main concerns expressed by NHRIs in this discussion is the difficulty of formulating general advice and guidance that are applicable to varied (post-)conflict situations. However, it was understood at the meeting that conclusions developed should be based on international human rights and humanitarian law and respect for the UN Paris Principles.

All invited experts from international civil society and intergovernmental organisations articulated their strong support for efforts to increase the engagement of NHRIs in NGCTs. Participants also discussed the potential problems that NHRIs may face, including (among others): the need to avoid legitimisation of the de facto authorities; the importance of the independence of NHRIs vis-à-vis their own governments (including holding them accountable for human rights violations); difficulties in establishing international responsibility for specific acts and territories; and the politicised nature of work in these sensitive environments.

NHRIs from Nepal (representing the Asia Pacific Forum) and Morocco (representing the NANHRI) shared their experiences of working in conflict contexts, particularly stressing the need for neutrality, objectivity and public confidence.

Participants also suggested a greater focus on the contribution of NHRIs towards building stable peace and making a clear link between peace-building and the enjoyment of human rights. ENNHRI was requested to hold a workshop on this issue later in 2019.