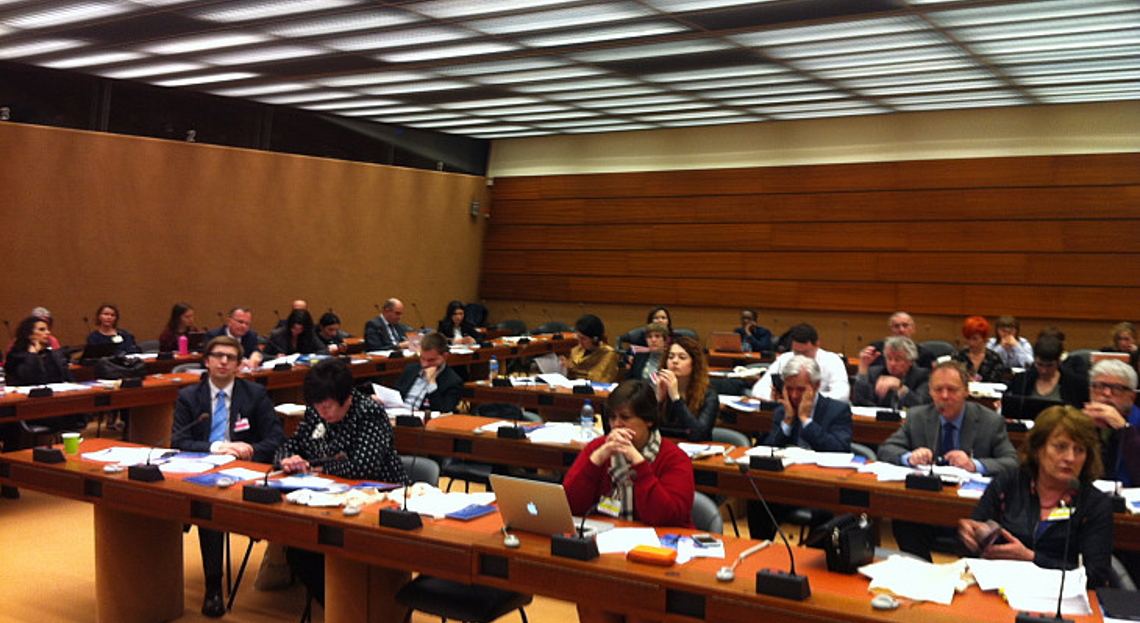 ENNHRI’s General Assembly gathered on 21 March 2016, the first day of ICC’s 29th General Meeting, in Geneva, Switzerland. Representatives of about 30 European NHRIs reviewed progress since their last meeting on 1 December 2015 in Utrecht, discussed new network policies and statements, elected the new members of the Finance Committee and marked the start of the mandate for the new ENNHRI Chair and the new European Coordinating Committee.

The Croatian Ombudswoman, Lora Vidović, who took over from Prof. Alan Miller of the Scottish Commission for Human Rights as ENNHRI Chair, declared: “at a time when the current refugee crisis, terrorist attacks and weakened economies within EU member states are challenging human rights protection, we will ensure that ENNHRI brings stable and solid support to the work of NHRIs, not only within their respective countries, but at an international level as well. I thank the members once again for their commitment to fulfilling our mutual goals and I am looking forward to our efforts in continuing to build a stable and strong stakeholder organisation.”

On the occasion of the General Assembly meeting, members released a statement on the current migration situation in Europe, highlighting the main human rights concerns and setting out the key issues to be addressed.

The event was also an opportunity for the Secretariat to report on its activities for the past six months. Debbie Kohner, ENNHRI Secretary General, underlined the need for further cooperation and joint work, as ENNHRI is growing stronger and new opportunities and challenges arise.