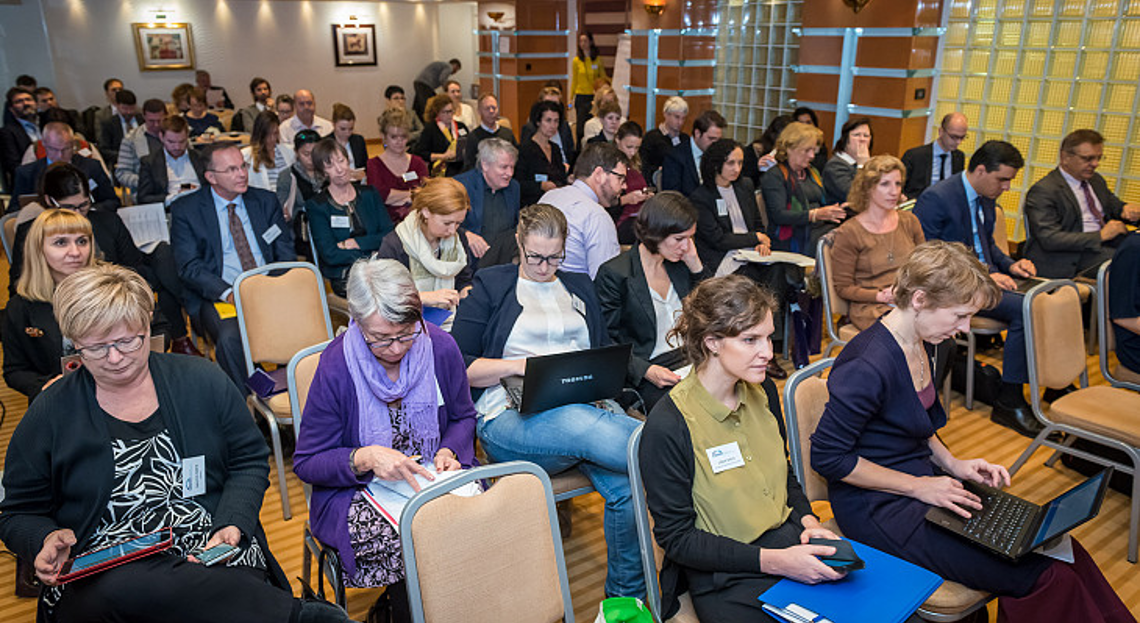 Representative of NHRIs from 35 European countries and of several international organisations met on 27 and 28 October 2016 in Zagreb, Croatia, to discuss ENNHRI’s progress during the past year, agree on future activities and debate several thematic issues of relevance for its members, and also included a seminar on human rights and counter-terrorism. The event was hosted by ENNHRI’s chair, Croatian Ombudswoman Lora Vidović.

“I am honoured to be hosting ENNHRI members from 35 countries here in Zagreb, as well as our valued partners from UN Bodies, European human rights mechanisms and networks, and NGOs. Our discussions on topics such as economic and social rights, sustainable development goals or asylum and migration, resulted not only in further strengthening thematic cooperation within ENNHRI, but also members’ capacities and knowledge. Both are of crucial importance during the challenging times that Europe continues to face, amid the economic and refugee crisis as well as security concerns“, said Ombudswoman Vidović

Vladen Stefanov, from the Office of the High Commissioner for Human Rights said: “It is indeed great to see ENNHRI growing stronger and taking its rightful place on the global human rights scene, and at the regional level of cooperation among NHRIs”. “OHCHR attaches high importance to NHRIs and their role at the national level: it is indicative that whenever the High Commissioner visited European countries this year, he met as a matter of priority with NHRIs”, pointed out Stefanov.

Speaking about the opportunities and impacts of NHRI reporting and engaging with UN treaty bodies, Anastasia Crickley, Chair of the UN Committee on the elimination of discrimination urged NHRIs to fully use the power they have in front of the UN Bodies. GANNHRI Chair, Beate Rudolf, also provided an update from the Global Alliance of NHRIs, and ENNHRI’s role within it.

The General Assembly Meeting was followed on 28 October by a High level Seminar on human rights and counter-terrorism. It included speakers from Council of Europe, OSCE/ODIHR, the European Commission, OHCHR and UNDP Regional Offices, IOI, Equinet and key human rights NGOs. The participants discussed how NHRIs across Europe can most effectively work towards the promotion and protection of human rights in the context of counter-terrorism.