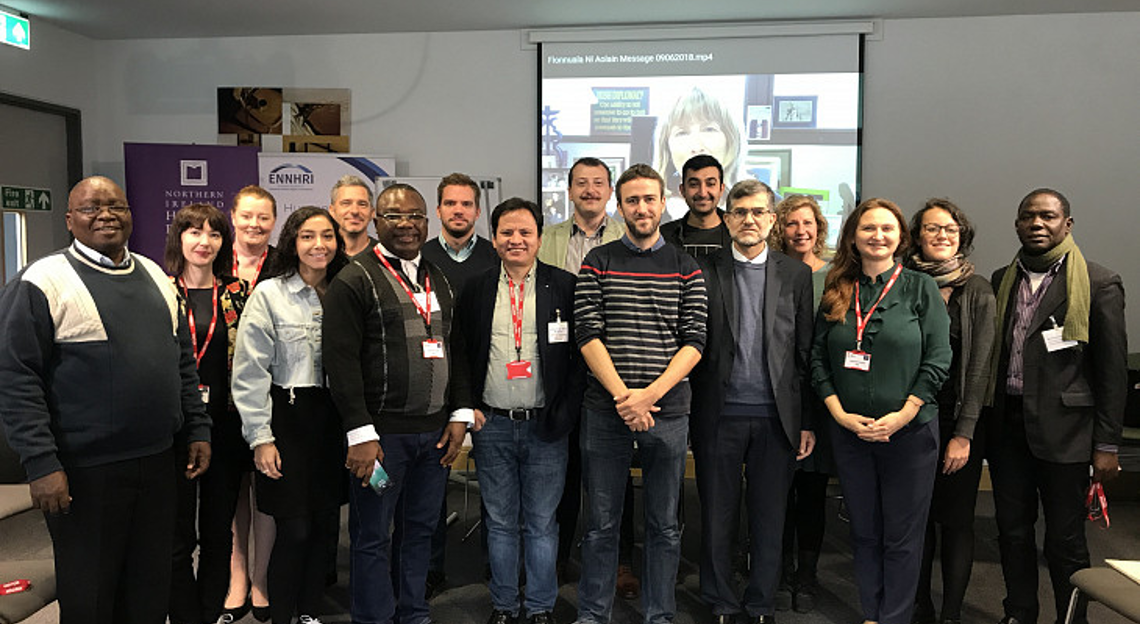 Between 11-13 September 2018, ENNHRI’s Capacity Building Workshop gathered European NHRIs, key stakeholders and NHRIs from other regions to discuss NHRIs role during terrorism and counter-terrorism times. The event was hosted by the Northern Irish NHRI, at the Transitional Justice Institute (TJI) of Ulster University in Belfast.

Volatile and politically unstable contexts in some parts of Europe are often conducive to violent or terrorist actions from non-state actors. These actions are inherently characterised by massive human rights violations.

The climate of fear in the aftermath leads to increased security and often to adoption of fast-track counter-terrorist measures and operations, or declaration of a state of emergency. Also, in these contexts, a wide range of rights are often limited, as relevant human rights actors (including NHRIs) are not consulted in such fast-track legal and policy procedures.

“Respect for human rights can reinforce security, but it is also difficult for NHRIs to spread this message in a climate of fear” – ENNHRI Secretary-General Debbie Kohner

In order for NHRIs to better understand what their roles are in the promotion and protection of human rights in (counter) terrorism contexts, ENNHRI organised a two-and-a-half-day tailored Workshop. NHRIs from Europe and other regions peer-exchanged on the multiple practices on their role, mandate and functions, as well as engaged with a range of stakeholders, such as Amnesty International, the Council of Europe’s Office of the Commissioner for Human Rights, UNDP and Northern Ireland national stakeholders. The participants deepened their knowledge and understanding of the following aspects:

In addition, the event in Belfast was a great opportunity for participants to gain an in-depth knowledge of the Northern Ireland conflict and lessons learnt in the transition to peace.

“If you leave human rights and accountability behind, it takes a whole new generation to pick up the pieces”
– Les Allamby, Northern Ireland Human Rights Commission

The outcomes of the event discussions will be collated in a Fact-sheet on NHRIs role on human rights promotion and protection during terrorism and counter-terrorism, which will be further considered further in ENNHRI’s work via the Legal Working Group (LWG), in NHRIs work at national level, as well on various engagement actions with key international and regional stakeholders.

For additional information or clarification regarding this event, please don’t hesitate to contact ENNHRI Secretariat via Valentina Purcel and / or Nina Panikova. The concept note can be downloaded here and the workshop agenda here.

Watch the video address for the event by Fionnuala Ní Aoláin, UN Special Rapporteur on the promotion and protection of human rights and fundamental freedoms while countering terrorism: