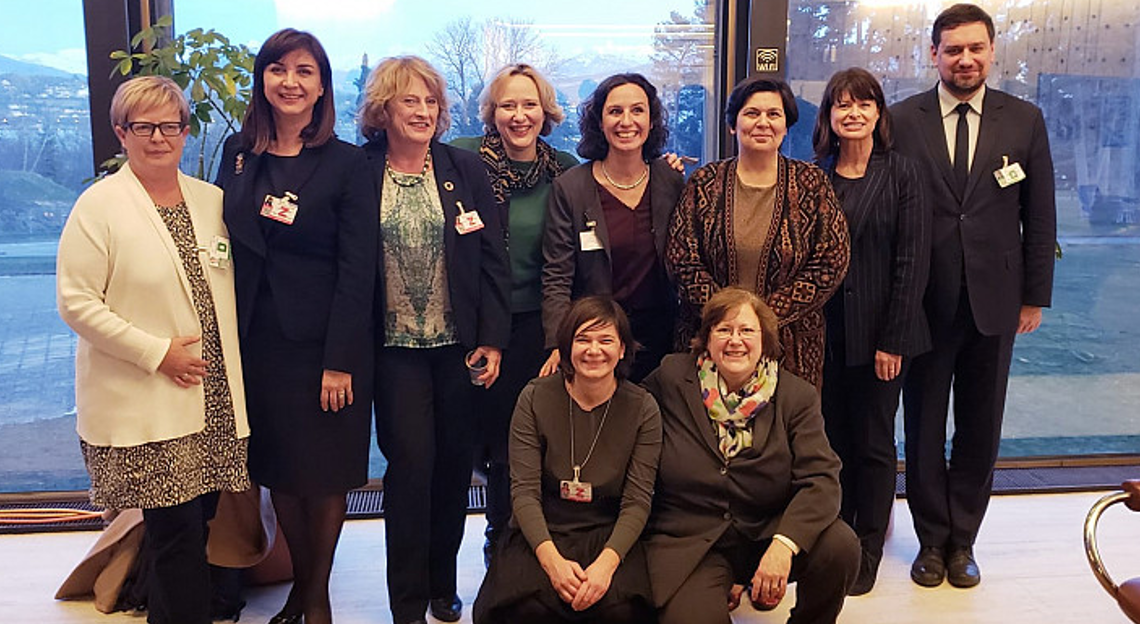 The ENNHRI Board for 2019-2021 has begun its term following a formal welcome by the ENNHRI General Assembly at its meeting in Geneva today.

The Board is an important part of ENNHRI’s governance structure. Made up of six elected ‘A-status’ National Human Rights Institutions (NHRIs), the body drives ENNHRI’s strategic priorities, led by the Chair, and is responsible for the administration of ENNHRI.

Elected at ENNHRI’s General Assembly meeting last October in Athens, the Board consists of the following institutions and their representatives:

The body is chaired by the Irish Human Rights and Equality Commission, represented by Chief Commissioner, Emily Logan. She was appointed as the first Chief Commissioner of her institution in 2014, prior to which she served as Ireland’s first Ombudsman for Children, accounting directly to the country’s legislature. During that mandate, she was appointed as President of the European Network of Ombudsmen for Children, a network of 40 Ombudsman for Children Offices across Council of Europe member states.

“At a time when the international political discourse on protectionism is growing – it is important for Ireland to demonstrate its longstanding commitment to internationalism, and to human rights.

As Ireland’s national human rights institution, the Irish Human Rights and Equality Commission is proud to work with colleagues across the wider European region in the protection and promotion of human rights.

On a personal level, I am looking forward to strengthening connections with many colleagues I admire, who share a determination in advancing human rights across the wider European region.” – Emily Logan

Emily Logan continues the work of Lora Vidović, Ombudswoman of Croatia, whose institution has held the Chair role since 2016 and will continue to participate as a Board member.

In addition to the Croatian NHRI, the former Board was made up of ENNHRI members from Finland (Sirpa Rautio), Georgia (Nino Lomjaria), Germany (Beate Rudolf), Greece (Maria Gavouneli) and the Netherlands (Adriana van Dooijeweert). They played a pivotal role in guiding ENNHRI’s strategic direction over the last three years, including their leadership in the development of the ENNHRI Strategic Plan 2018-2021. Beate Rudolf, supported by Michael Windfuhr, also served as Chairperson of GANHRI, the Global Alliance of NHRIs.

On behalf of the entire network, the ENNHRI Secretariat extends its gratitude and appreciation to the former Board and for their service. The new Board is also warmly welcomed and wished the best of luck for their term.