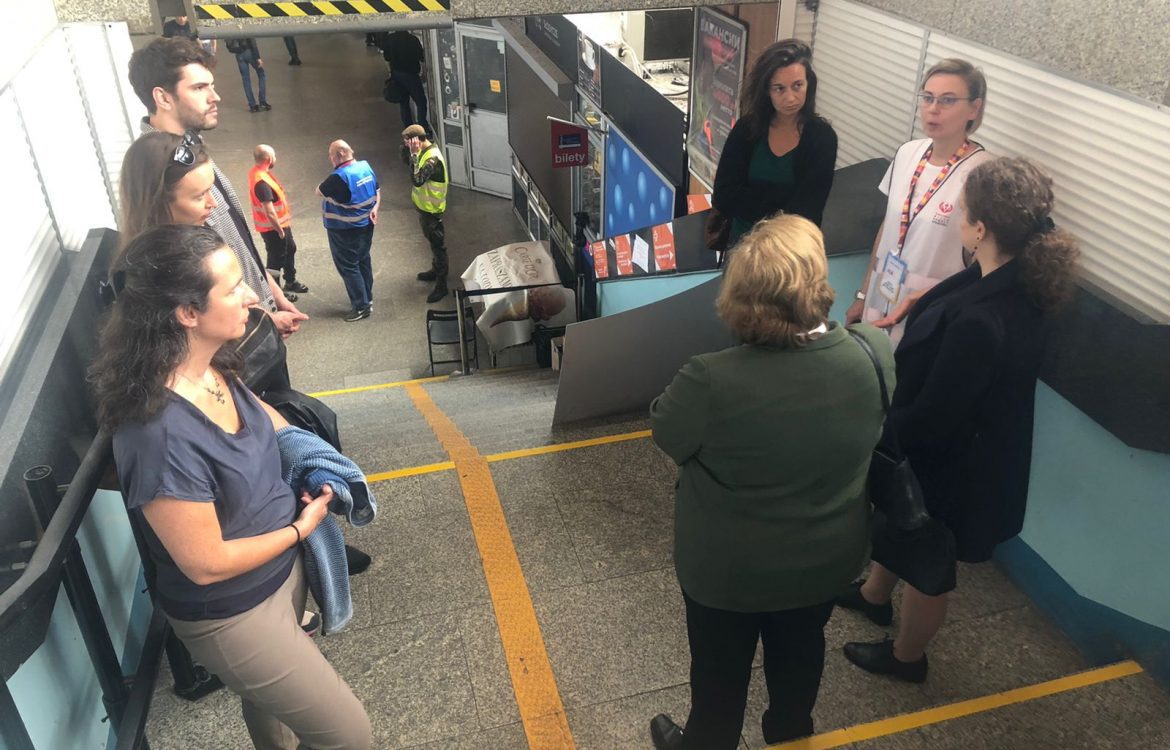 Recently, ENNHRI’s Board and Secretariat travelled to Warsaw, Poland, to learn more about the human rights situation of those seeking refuge from the conflict in Ukraine. From 31 May – 3 June, the delegation met with non-governmental and civil society organisations (NGOs and CSOs), seeing both their and the Polish NHRI’s work first-hand. This took place in the context of the first in-person meeting held by ENNHRI’s new Board.

The response to human rights challenges arising from the situation in Ukraine has had local NGOs and CSOs at its heart. The ENNHRI delegation gained insight into their initiatives including information hotlines, aid distribution, data collection, and fundraising for medical supplies. Furthermore, they heard about the active role of local businesses that stepped in to provide shelter, transportation, food, and other essential items free of charge.

The local organisations also raised numerous human rights issues they are encountering. Among these were the risk of human trafficking (especially among women, older people and unaccompanied children), a lack of psychosocial support, and insufficient checks on temporary accommodation. Alongside this, a lack of housing and rising living costs will making the situation harder for those seeking refuge. To ensure the best possible education for children arriving from Ukraine, differences between the Polish and Ukrainian systems – such as school curricula – also need to be addressed.

A visit to Warsaw West train station showed the change in the situation since ENNHRI’s previous visit in March 2022. Coordination has increased among groups who volunteer to provide information and aid. However, to sustain the necessary support to people fleeing Ukraine, human and financial resources and guidance for future action are needed from public  authorities.

The Polish NHRI has worked closely with civil society since the conflict began, acting as a bridge and passing on relevant information to state authorities. It has also conducted regular monitoring visits to reception centres like Warsaw West and to temporary accommodation. Based on their observations, the NHRI has issued recommendations to the Polish government, parliament, and other state bodies.

The ENNHRI delegation met with the following organisations; La Strada Foundation; the Ukrainian House; the Polish Deaf Foundation; Fundacja Polki Moga Wszystko (Children); and the Zagranica Group.The network’s ongoing response to the conflict in Ukraine and support for the Ukrainian NHRI were also key topics at the Board meeting held in Warsaw that week.