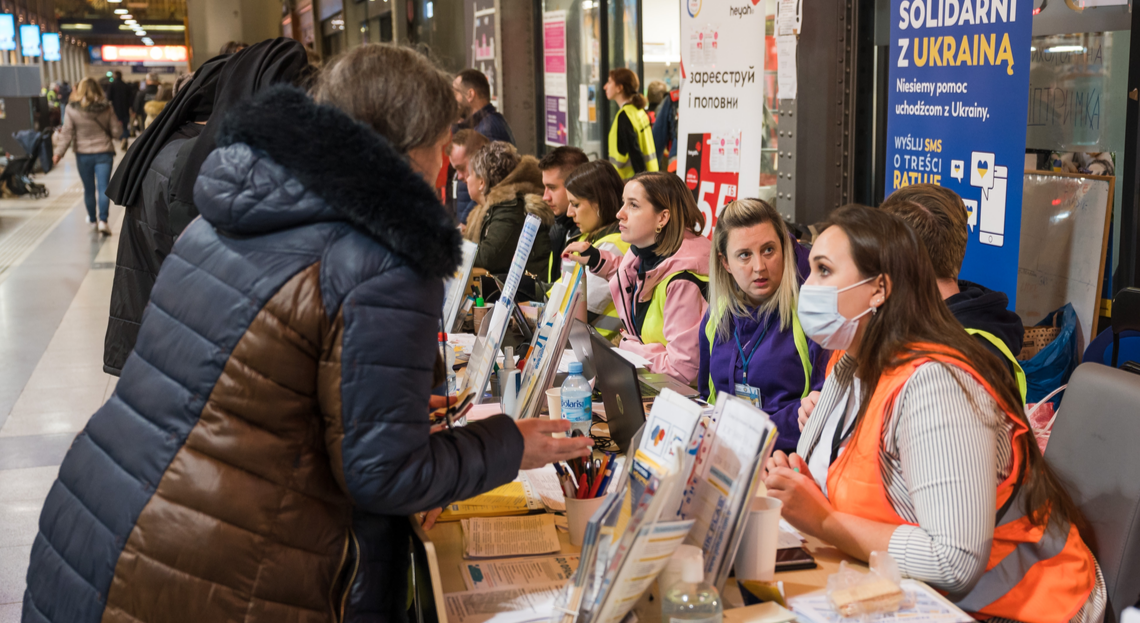 The ongoing armed attack on Ukraine has already displaced more than seven million people internally and forced over five million to flee the country. Despite significant efforts across Europe to respond to their immediate needs, National Human Rights Institutions (NHRIs) have identified pressing human rights concerns that need addressing. They highlighted these in a recent meeting hosted by  ENNHRI and the UN’s Office of the High Commissioner for Human Rights.

In Ukraine, the Parliament Commissioner for Human Rights (the NHRI) is continuing to monitor human rights issues and provide assistance to individuals affected by the conflict – both in and beyond the country. It outlined how people forced to move to other parts of the country have faced issues fulfilling their most basic needs. This includes accessing water, food and medical care.

NHRIs also highlighted common issues affecting both people in Ukraine and those leaving the country to seek refuge. They include risks associated with gender-based violence and children’s rights.

Furthermore, NHRIs pointed out the necessity of ensuring that all those seeking refuge are housed in adequate and safe accommodation and that this is checked regularly to ensure its suitability. This reduces the risk of human trafficking, a major concern highlighted by NHRIs across Europe.

In bordering countries, including Poland, Romania, Moldova, Hungary and Slovakia, NHRIs emphasise that everyone arriving should receive comprehensive information on their rights and be registered in order to provide adequate protection.

Another issue identified by many NHRIs is access to public services in host countries, including health care and education, as well as the labour market. They also stressed the importance of addressing this issue from both a short- and long-term perspective in order to protect the rights of those who stay temporarily and for longer periods of time.

Reflecting their key role in protecting and promoting human rights in (post-)conflict situations, NHRIs have developed various initiatives to respond to these challenges. They include dedicated hotlines, information campaigns, and more.

NHRIs’ response to the conflict and its human rights impacts will be featured on an upcoming webpage.