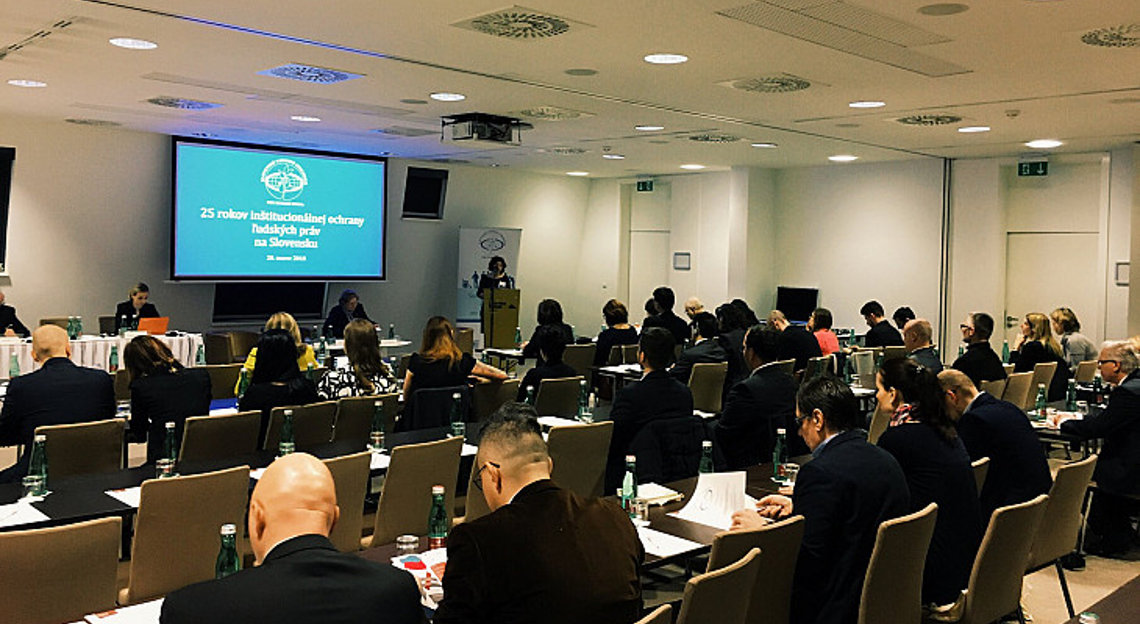 25th anniversary of the Slovak National Centre for Human Rights

Participants discussed the role of the Slovak NHRI in the institutionalized system of the protection of human rights, the anniversary of the Paris Principles and the future of national human rights institutions.

“The call for each UN Member State to establish a National Human Rights Institution, or ‘NHRI’, represented an innovative approach – bridging the state (or duty bearer) to civil society and rights holders; and bridging the national context to the international human rights framework” said ENNHRI’s Secretary General.

NHRI Accreditation under the spotlight

Speaking of the accreditation of national human rights institutions and its impact on the status of the institution, Debbie Kohner mentioned that ENNHRI stands ready to support the Slovak National Centre for Human Rights and the relevant state authorities in the process to ensure an A status for the Slovak Republic NHRI.

The accreditation process is a peer review, carried out by NHRIs from the four regions that make up GANHRI (the Global Alliance of NHRIs). The process, supported by the UN Office for the High Commissioner for Human Rights, is becoming increasingly rigorous, given the major implications of achieving ‘A’ status accreditation, providing the NHRIs with substantive representation rights and improving the effectiveness and reputation of an NHRI at the national level, while raising international reputation of the respective state.