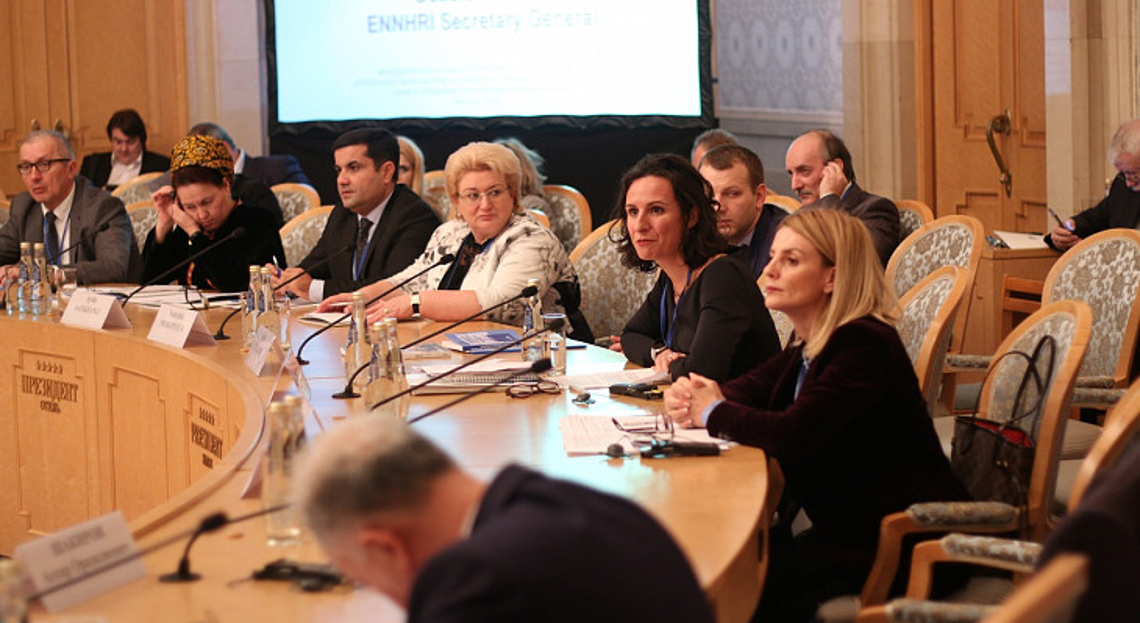 The II International conference ‘Human rights protection in Eurasia: exchange of best practices of ombudsmen’ was held on 8th November 2018 in Moscow, Russia.

Organised by the High Commissioner for Human Rights in the Russian Federation with assistance from the Peoples’ Friendship University of Russia and the Office of the United Nations High Commissioner for Human Rights, the conference brought together 15 representatives of National Human Rights Institutions (NHRIs) from across the Eurasia region to exchange best practices, as well as representatives of the United Nations, Council of Europe, the Russian Government.

A number of representatives of European NHRIs attended and spoke at the conference, including representatives from Albania, Armenia, Azerbaijan, Bosnia and Herzegovina, Russia and Serbia. A video address was also delivered by Prof Dr Beate Rudolf, Chair of the Global Alliance of National Human Rights Institutions and Director of the German Institute for Human Rights.

ENNHRI’s Secretary-General, Debbie Kohner, spoke about the distinct role and nature of NHRIs, the work of ENNHRI in supporting European NHRIs and ENNHRI’s engagement with the Russian High Commissioner for Human Rights.

She commended the Russian NHRI for obtaining an A-status accreditation in 2014, saying that the achievement “will help make the promotion and protection of human rights a reality for individuals across the Russian Federation”. She added that all NHRIs, including A-status NHRIs, need to continuously work on strengthening their compliance with the Paris Principles, and that ENNHRI stands ready to support its members in doing so.

“Respect for human rights is a necessary ingredient for any society to enjoy peace and development, and for individuals to live a life of dignity. The realisation of human rights in any state cannot be achieved alone. The primary responsibility lies with state bodies, and participation is required from a range of actors, including civil society. NHRIs can help to make these links, in a spirit of cooperation and constructive dialogue. They are even more likely to achieve this through ongoing peer exchange and engagement with international bodies.”
Debbie Kohner, Secretary-General, ENNHRI