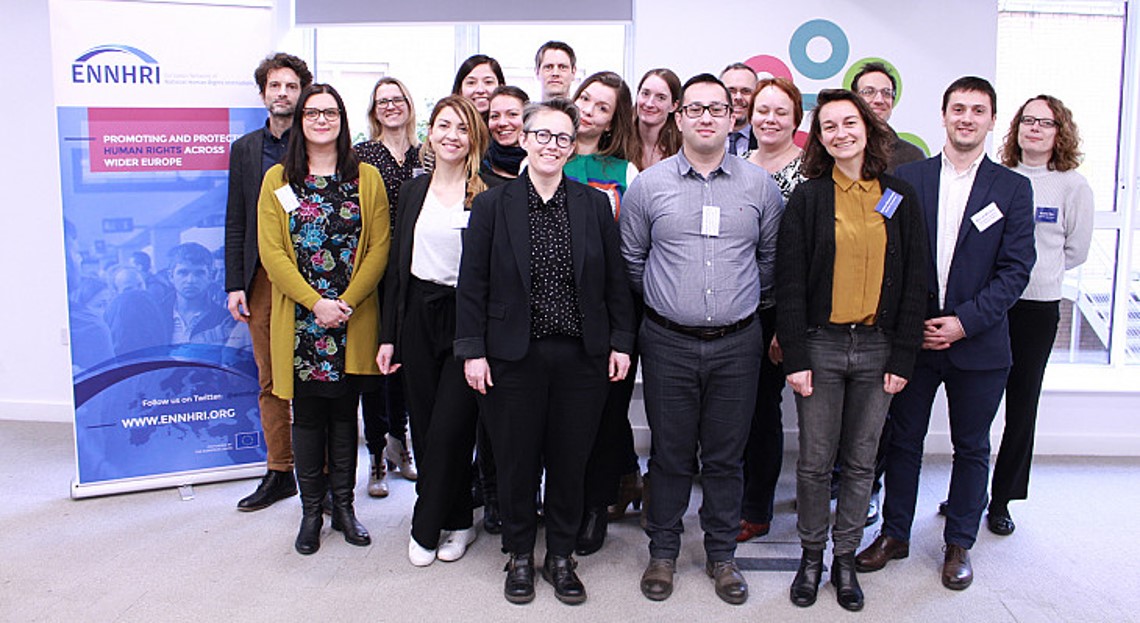 ENNHRI’s Legal Working Group discussed its workplan for the coming year whilst stressing the importance of connecting with ENNHRI’s other priority areas at its meeting in Dublin on 25-26 February. Hosted by the Irish Human Rights and Equality Commission, the event brought together 15 ENNHRI members.

Participating NHRI representatives shared information and practices on their institutions’ work and discussed ways to further cooperate among themselves.

They also discussed the wide range of activities undertaken by the Legal Working Group and its sub-groups, including engagement with the Council of Europe and EU bodies, the implementation and execution of judgements before the European Court of Human Rights (ECtHR) and NHRIs’ interventions as amicus curiae in various cases concerning human rights, including in cases before the Court of Justice of the EU (CJEU).

The Group identified common work on legal issues and drafted a concrete work plan for the coming year, which included continued monitoring of ECtHR cases for potential intervention, further sharing of information on engaging with the CJEU and enhanced engagement with other ENNHRI working groups.

There was a particular focus on certain thematic priorities which will be carried forward in the work of the sub-groups, including the implementation and execution of judgements, counter-terrorism and follow-up of regional developments concerning the rule of law.

The Group worked on the finalisation of the ‘ENNHRI Guide to Third Party Interventions Before the European Court of Human Rights’, following on from its earlier work and training on this topic. The aim of the Guide is to support NHRIs in their advocacy and strategic litigation activities before the ECtHR.

This meeting marked the end of an era as Clare Collier, Legal Director at the Equality and Human Rights Commission, stepped down as the Group’s Chair after more than a decade in the role. The Legal Working Group members expressed their appreciation for her dedication and strong leadership and welcomed the incoming Chair, Leena Leikas, of the Finnish Human Rights Centre.