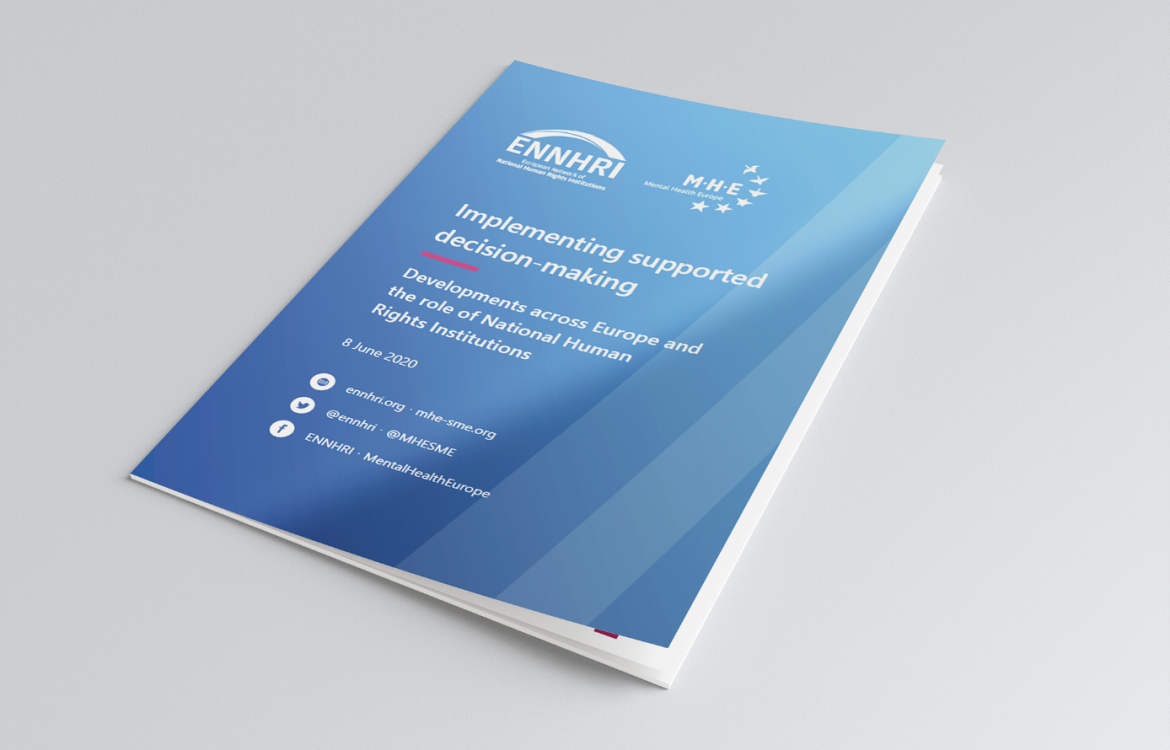 Implementing supported decision-making for people with disabilities: New report shows developments in Europe and the role of NHRIs

The UN Convention on the Rights of Persons with Disabilities (CRPD) came into force more than ten years ago and has been ratified by all EU Member States and the EU itself. Article 12 enshrines the universal recognition of legal capacity in all areas of life and the provision of the support and safeguards needed to exercise it. Accordingly, the Convention calls for systems of “supported decision-making” for persons with disabilities.

NHRIs’ unique mandate gives them a crucial role in making supported decision-making a reality everywhere in Europe. This includes through:

The UN Special Rapporteur on the Rights of Persons with Disabilities states in her foreword to this publication: “the report gives us an opportunity to understand how supported decision-making works in practice and is a tool that could support efforts to build the capacity of key stakeholders, including legislators and policymakers, NHRIs, civil society and organisations of persons with disabilities, on Article 12 of the CRPD”.