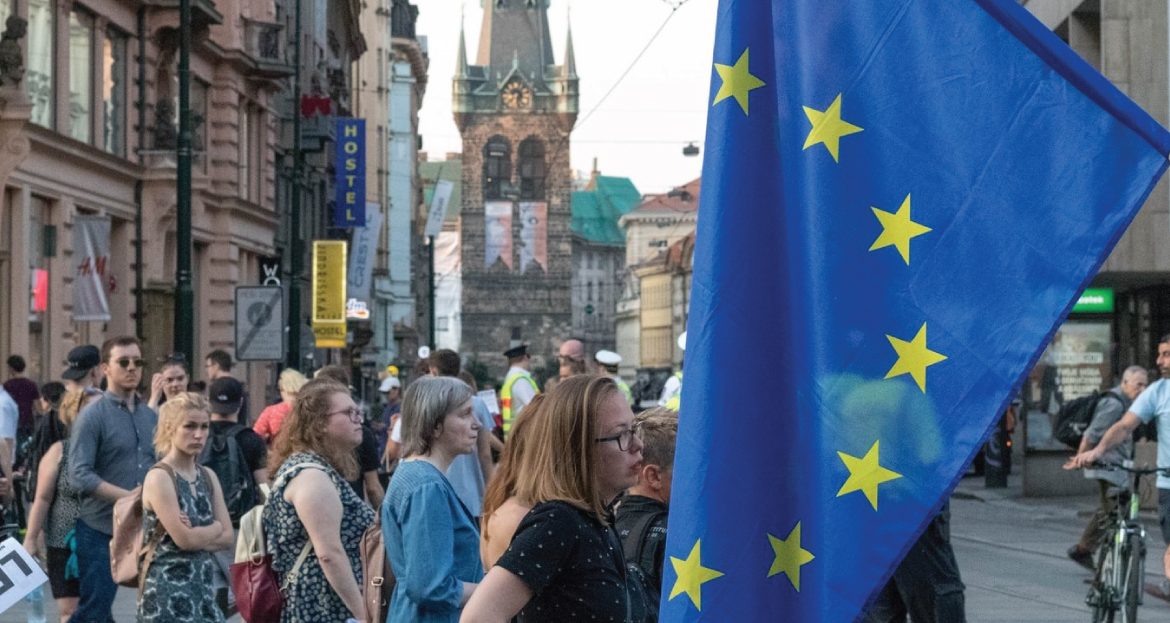 European Commission monitoring of the rule of law: What role for NHRIs?

National Human Rights Institutions (NHRIs) play a vital role in ensuring robust monitoring of the rule of law in member States of the European Union (EU). This is a key finding of the latest publication of the UN Human Rights Regional Office for Europe ‘The case for a human rights approach to the rule of law in the European Union’ launched on 14 May 2020.

Later this year, the European Commission will issue its first assessment of the rule of law in all EU member States. This review should not start from scratch, but draw on the work of national, regional, and international human rights bodies. In its publication, the regional office recommends regarding the rule of law through the prism of the human rights principles of accountability, inclusion, participation, and transparency. It formulates suggestions for the scope, methodology, process and assessment of the review and advocates for a joined-up approach to the rule of law among the various EU institutions and initiatives.

Independent NHRIs, with their unique mandate, expertise and understanding of the national context, should be key partners for the EU in this endeavour, as well as in its follow-up. The fact that by now almost all EU member States have set up NHRIs or are in the process of doing so makes it practically feasible.

Birgit Van Hout of UN Human Rights Regional Office for Europe explains why and how the role of NHRIs in the EU’s new rule of law mechanism matters.

Independent from the State, yet not part of civil society, NHRIs are a cornerstone of the national human rights protection system: they advise on legislation, monitor human rights compliance, raise public awareness of human rights and help individuals claim their rights.

It is not a coincidence that the existence of an NHRI in compliance with the UN Paris Principles was chosen by the international community as an indicator to measure countries’ progress on Goal 16 of the 2030 Sustainable Development Agenda related to peace, justice and strong institutions. Indeed, over the years, NHRIs have come to be considered as indispensable components of the rule of law architecture that every country requires for the full realisation of human rights and democracy.

In their proposal for an EU Action Plan on Human Rights and Democracy that frames the engagement of EU delegations and member States in non-EU countries, the European Commission and High Representative of the Union for Foreign Affairs and Security Policy emphasised in March 2020 the EU’s global support for independent NHRIs, in line with the Paris and Venice Principles. They also promised to engage with NHRIs in the context of human rights dialogues with third countries.

A similar recognition by the EU of the role of NHRIs in EU member States would thus be timely. It would bring EU policy and practice in line with international human rights standards, while at the same time strengthening the EU’s internal–external policy coherence and alignment.

When NHRIs are genuinely independent and act upon their mandate as they are supposed to, this may lead to a difficult tense dialogue with national governments. Being recognised and consulted by regional organisations like the EU would confer additional weight to the recommendations of NHRIs and show the EU’s strong support for human rights progress across the region.

Concretely, how could the EU involve NHRIs in the rule of law review?

We encourage the EU to:

Given their legal mandate to promote and protect human rights in EU member States, NHRIs will be natural and essential partners to the European Commission as it embarks on its historic first annual report on the rule of law.