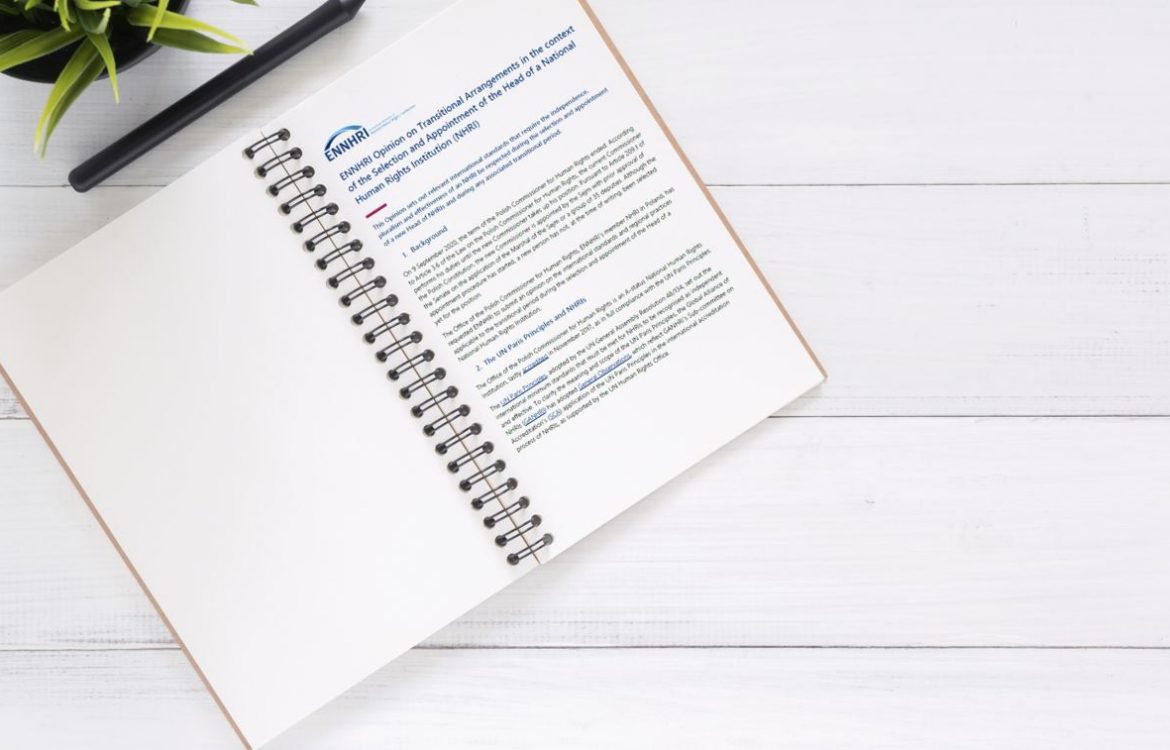 At the request of the Office of the Polish Commissioner for Human Rights – Poland’s National Human Rights Institution (NHRI) –  ENNHRI has issued an Opinion on the international standards and regional practices applicable to the transitional period during the selection and appointment of the head of an NHRI.

International standards require that the independence, pluralism and effectiveness of an NHRI are respected at all times, including during the selection and appointment of a new head of NHRI and during any associated transitional period.

On this basis, the Opinion explains that:

NHRIs in compliance with the UN Paris Principles have been recognised by the UN General Assembly as an indicator of UN Sustainable Development Goal 16 on “peace, justice and strong institutions”. They are fundamental actors for the exercise of checks and balances in a country and in ensuring respect for the rule of law, democracy and fundamental rights, as recognised by the European Commission, European Parliament, EU Council and Council of Europe.

The Poland chapter of the European Commission’s new report on the rule of law in the EU states that the Polish NHRI “plays an important role in defending the rule of law”. The NHRI’s work in promoting judicial independence standards, the rule of law and fundamental rights is acknowledged, as well as the increasingly challenging environment in which the NHRI is functioning.