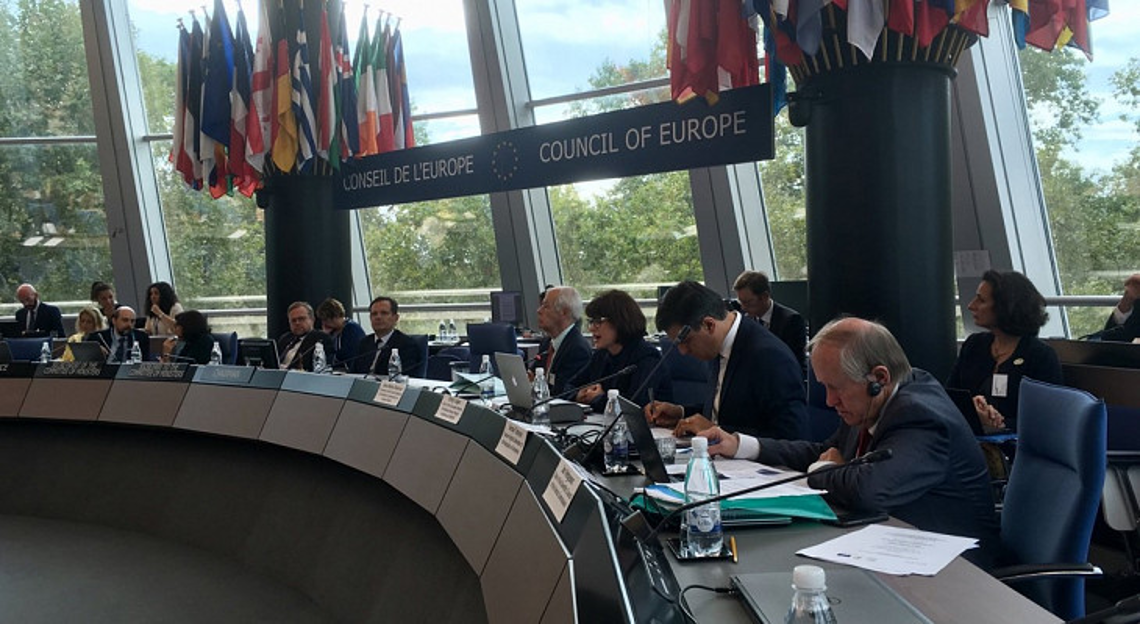 On 5 September, ENNHRI’s Chair, Emily Logan, spoke to the Council of Europe Committee of Ministers about the contributions of National Human Rights Institutions (NHRIs) and Ombuds institutions to human rights and the rule of law. Addressing the highest level of state representatives in the Council of Europe, she underlined the importance of establishing and strengthening NHRIs in all Member States.

The informal exchange, organised by the French Presidency of the Council of Europe, came ahead of the Committee of Ministers’ planned update early next year of its 1997 Recommendation encouraging Member States to establish NHRIs in compliance with the UN Paris Principles.

Emily Logan underlined NHRIs’ unique contribution to human rights and the rule of law through their pluralism, independence and broad mandate to promote and protect human rights. She also stressed the importance for Member States to establish NHRIs and strengthen them by, for example, providing adequate funding and following up on their recommendations.

Also speaking at the event were, the heads of the Armenian NHRI, Arman Tatoyan, and the French NHRI, Jean-Marie Delarue.

Emily Logan also recognised the ‘crucial partnership’ between NHRIs and the Council of Europe ‘which has endured for a quarter of a century now’. ‘We have a common aim: to maintain and further realise human rights and the rule of law in Europe’, she added.

European NHRIs contribute to the development and implementation of Council of Europe standards. They follow-up on the national implementation of Council of Europe legal frameworks and recommendations of its independent human rights bodies, such as the Commissioner for Human Rights. They also initiate third-party interventions before the European Court of Human Rights, individually and collectively through ENNHRI, and follow-up the Court’s judgments.

In November 2018, the Committee of Ministers adopted a Recommendation recognising the special role of NHRIs in protecting and promoting civil space in Europe, while acknowledging the challenges NHRIs face in the context of shrinking civil society space. Last May, it adopted the Helsinki Decision, agreeing to strengthen the role and meaningful participation of NHRIs in view of increasing the Committee of Ministers’ openness and transparency towards civil society.

ENNHRI is committed to continuing the partnership with the Council of Europe in supporting the establishment and strengthening of NHRIs across all Member States to advance human rights and the rule of law in the region.