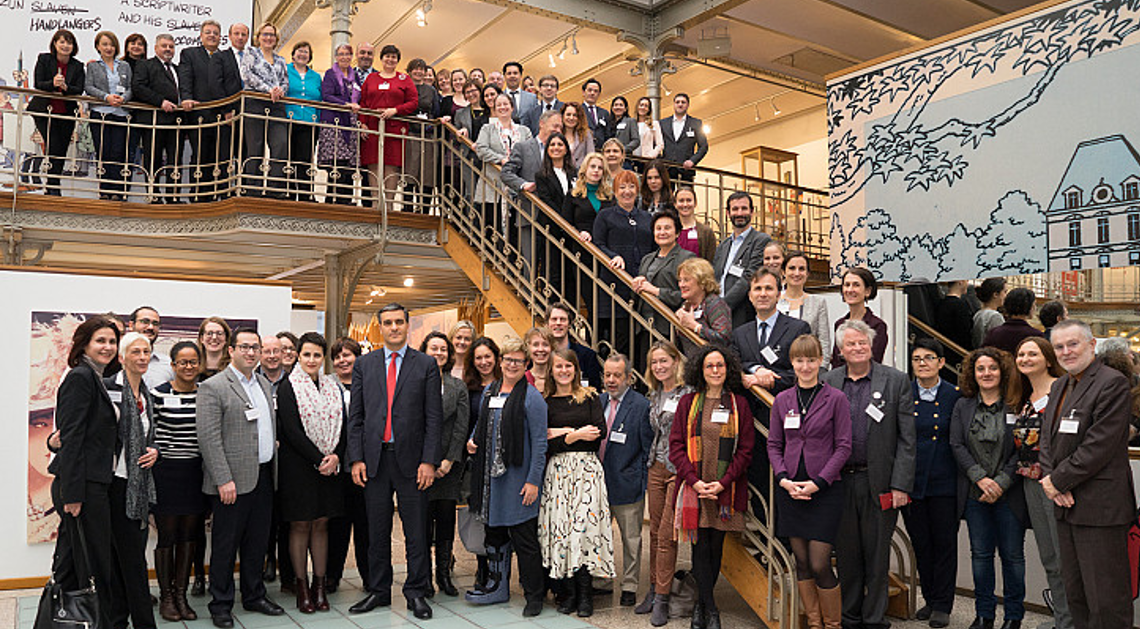 At the General Assembly Meeting held in Brussels on 30 November 2017, ENNHRI members stressed, in a new statement, the role of NHRIs as human rights defenders to promote and protect a sustainable human rights environment in Europe.

The statement “Promoting and Protecting a Sustainable Human Rights Environment in Europe by Strengthening the Democratic Space and the Rule of Law“, highlights the need for the establishment and support of strong and independent NHRIs in the current climate of shrinking democratic space in Europe, marked by growing inequalities, discrimination and mistrust in institutions, mechanisms and actions to protect and promote human rights.

ENNHRI calls upon all European states to establish independent NHRIs and, where NHRIs already function, to duly follow-up their recommendations on how to enhance the promotion and protection of human rights in their countries.

The General Assembly also adopted ENNHRI’s new Strategic Plan for the period 2018-2021, whose main objectives include the support for the establishment and accreditation of NHRIs across Europe, as well as for those NHRIs under threat, to allow for a more effective promotion and protection of Human Rights by NHRIs in Europe. Moreover, ENNHRI will continue its development, by strengthening its governance and management and enhancing the engagement with its international partners, donors and other stakeholders.

A warm welcome went to ENNHRI’s newest member, the Czech Republic’s Public Defender of Rights. This brings the network to 42 members from across the wider Europe.

Adriana Van Adriana van Dooijeweert, President of the Netherlands Institute for Human Rights, was elected an alternate member of ENNHRI on GANHRI’s Subcommittee for Accreditation (SCA).

Photo: ENNHRI members at the GA in Brussels on 30 november 2017