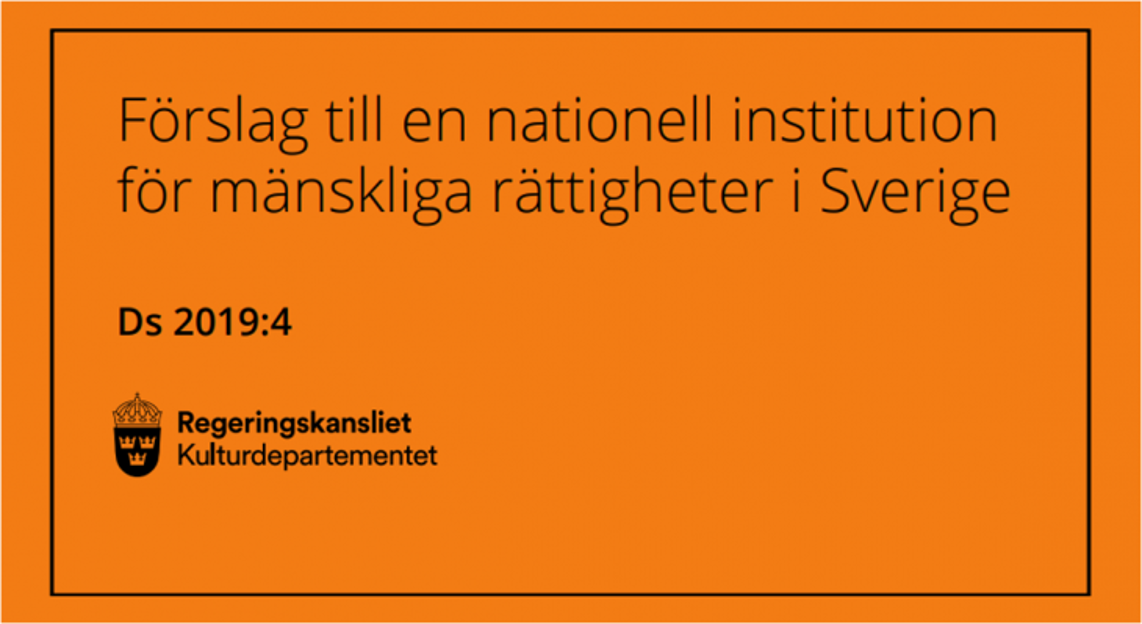 On 22 May, ENNHRI contributed to the consultation on the proposal for the establishment of a National Human Rights Institution (NHRI) in Sweden. We welcome the steps taken by Sweden but identify elements in the draft proposal that appear to fall short of providing the future NHRI with the independence safeguards under the UN Paris Principles.

The establishment of an NHRI has been a long-standing issue in Sweden. In 2017, the Swedish Parliament took the position that predominant reasons militated against placing the NHRI under its authority. In 2018, the Swedish government commissioned a study on the NHRI establishment. The report, including a draft legislative proposal on the establishment of a Swedish NHRI, has recently been made the subject of consultation with civil society organisations and national stakeholders.

ENNHRI’s comments on the proposal

ENNHRI welcomes the steps taken by the Swedish government and other national authorities in relation to the recent legislative proposal. The establishment of an A-status NHRI in Sweden has the potential to further strengthen the human rights framework in Sweden.

While fully acknowledging the domestic legal framework and the history behind this legislative proposal, ENNHRI is concerned that the current draft proposal appears to fall short of providing the prospective NHRI with the independence safeguards that can be found under the UN Paris Principles. Among other issues:

ENNHRI’s work on the establishment of NHRIs

One of ENNHRI core objectives is to assist NHRIs on accreditation and compliance with the UN Paris Principles, as well as to cooperate with national stakeholders for the establishment of such NHRIs in countries where they do not yet exist. When providing advice on this topic, ENNHRI bases its analysis on the UN Paris Principles, the General Observations of GANHRI’s Sub-Committee on Accreditation(SCA) and the SCA’s practice.

The SCA can give recommendations on compliance with the UN Paris Principles once the eventual NHRI is established and is under review for accreditation; compliance is ultimately decided upon by the GANHRI Bureau.

» Learn more about ENNHRI’s work on accreditation and establishment

Photo: Front page of the Proposal (transl. Proposal for a National Human Rights Institution in Sweden)