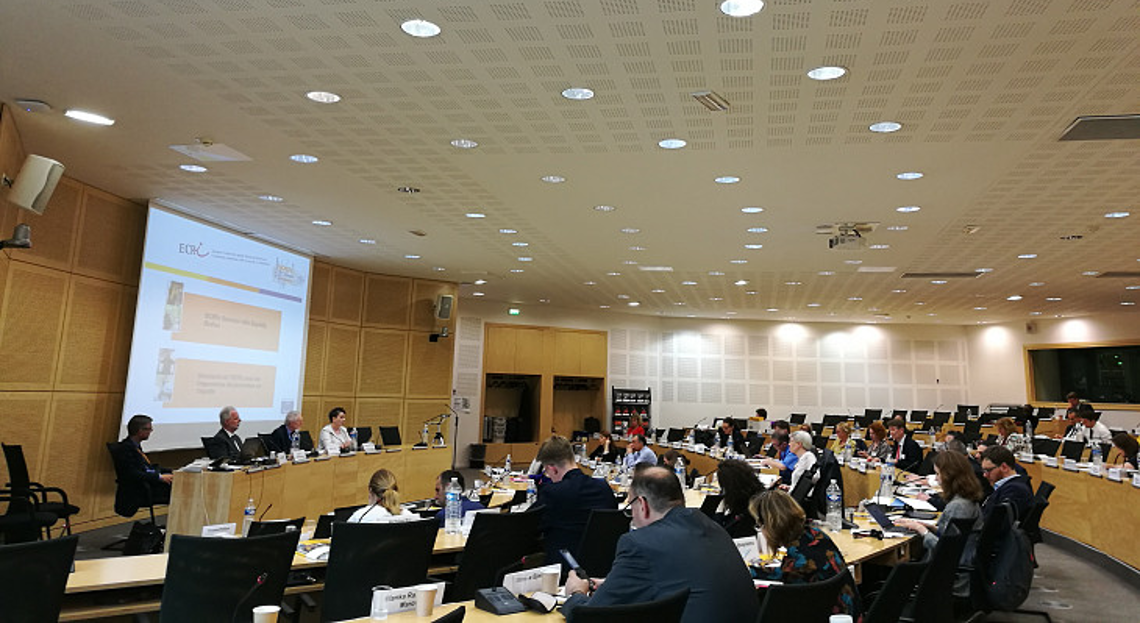 The Council of Europe Anti-Racism Commission (ECRI) organised a conference to present and discuss its revised General Policy Recommendation (GPR) No. 2 on Specialised Bodies to Combat Racism and Intolerance at National Level. ENNHRI attended the conference, which took place on 24 May 2018 in Strasbourg.

The update of the GPR, which was adopted on 7 December 2017, followed a wide consultation amongst stakeholders, including ENNHRI. In view of the broad mandate of NHRIs to promote and protect all human rights, they play an important role in the combat against racism and intolerance. About half of ENNHRI’s members also have the specific mandate to carry out the functions of a national specialized body in the area of racism and intolerance.

Building on the Paris Principles and EU Equal Treatment Directives, GPR 2 sets out recommendations to assist Council of Europe member states to strengthen the independence and effectiveness of equality bodies. ECRI will monitor the implementation of GPR 2 in the context of its country visits, including through consultation with national specialized bodies and NHRIs.

In its written submission and during its intervention at ECRI’s conference, ENNHRI highlighted the need to ensure complementarity between international and regional standards applicable to national independent bodies across Europe, including multi-mandated NHRIs. The standards should serve as instruments to further bolster national independent institutions, including through advocacy and dialogue with government authorities.