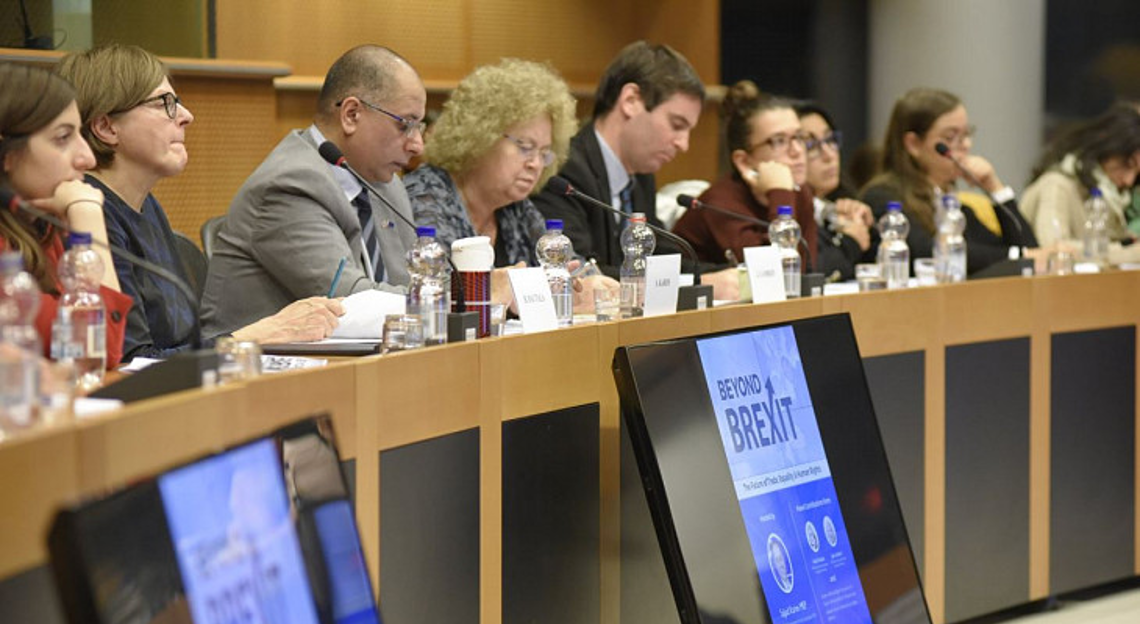 ENNHRI, Equinet (the European network of equality bodies) and the Equality and Human Rights Commission held an event on 6 November 2018 at the European Parliament in Brussels focusing on the inclusion of human rights and democracy clauses in the EU-UK deal after Brexit and the role of NHRIs and equality bodies in this respect.

A number of suggestions were made for entrenching human rights and equality in the UK’s withdrawal process with regard to trade agreement, such as:

The EU was recognised as being a front runner in the integration of human rights in trade policy, with the existence of human rights clauses, impact assessments and monitoring mechanisms. However, it was questioned the extent to which these instruments are being used and implemented on the ground.

Moreover, it was noted that Equality and Human Rights Commission and civil society in UK have called for the inclusion of human rights and democracy clauses in the Trade Bill currently passing through the British Parliament that are at least equal to the EU’s standards, while others emphasise that this is also an opportunity to introduce higher standards.