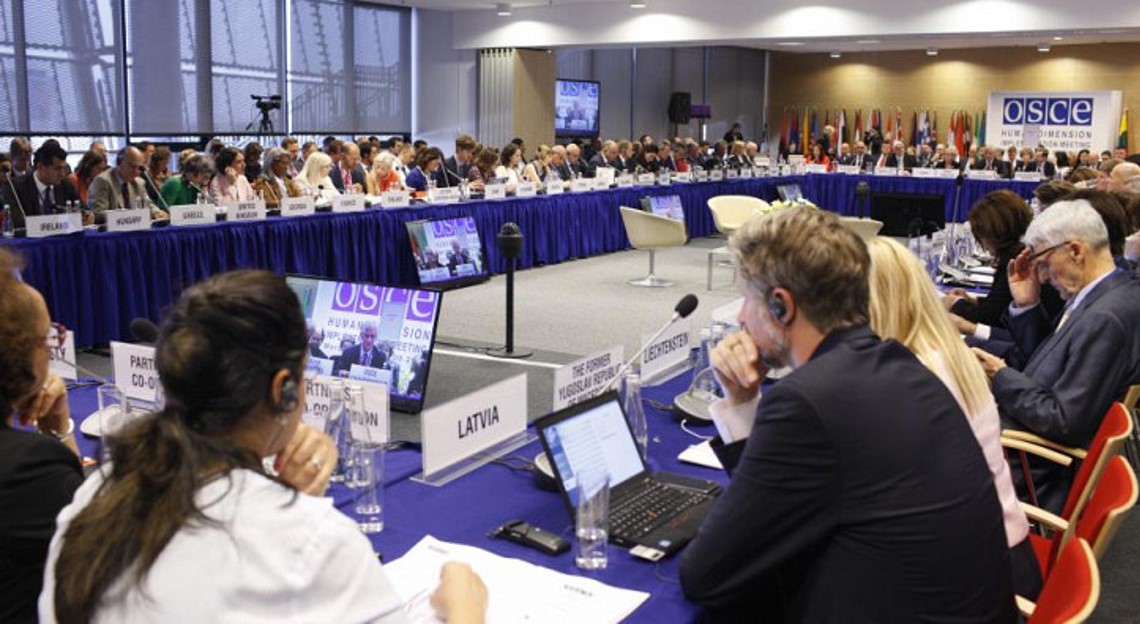 The Human Dimension Implementation Meeting (HDIM) of OSCE members is Europe’s largest annual human rights and democracy conference. It is organized every year by the OSCE Office for Democratic Institutions and Human Rights (ODIHR) in Warsaw, Poland, as a platform for the 57 OSCE participating States and a wide variety of other relevant actors.

Since 2016, OSCE’s recognition of NHRIs as independent human rights actors is not only reflected in the Copenhagen Declaration, but also at HDIM meetings where NHRIs have distinct speaking roles. It recognizes NHRIs as an important actor for the implementation of human rights and all other Human Dimensions Commitments across the OSCE participating states.

The Armenian Human Rights Defender Arman Tatoyan intervened during the meeting’s session on freedom of assembly and expression. He highlighted the important role of ENNHRI in the context of uniting NHRIs and creating a platform for sharing experiences and discussions.

ENNHRI plays an important role in uniting NHRIs and creating a platform for them to share experiences
– Arman Tatoyan, Armenian NHRI

ODIHR has supported the establishment of ENNHRI Secretariat in 2013 and is one of ENNHRI’s closest partners. Every year, both actors organise together the NHRI Academy, which provides tailored capacity building to NHRI staff from across the region.

Since the topics discussed during this HDIM Conference can be linked to ENNHRI’s 2018 Annual Conference, focusing on NHRIs being / supporting Human Rights Defenders (25 October, Athens).