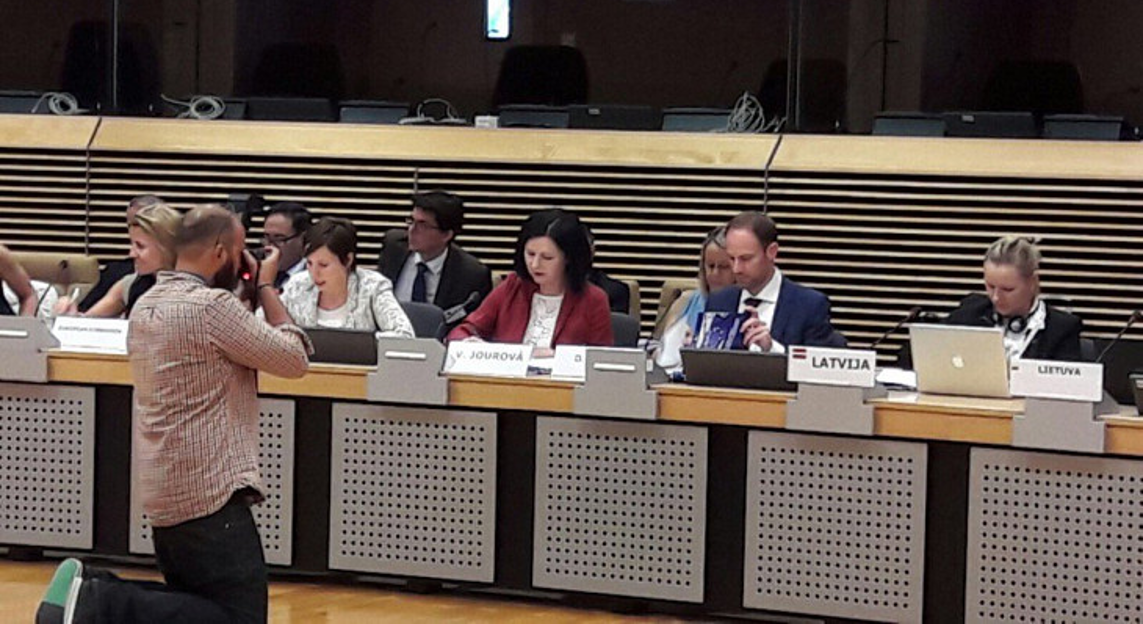 3rd meeting of the High Level Group on combating Racism, Xenophobia and other forms of Intolerance

ENNHRI attended the 3rd meeting of High Level Group on combating Racism, Xenophobia and other forms of Intolerance which took place on 31 May – 1 June, in Brussels. The meeting was an occasion to asses and step up cooperation and coordination in order to better prevent and combat hate crime and hate speech on the ground.

Speaking in the opening of the event, Věra Jourová, Commissioner for Justice, Consumers and Gender Equality, renewed the firm commitment of the European Commission to work together with companies to counter online hate speech.

European Commission and several IT Companies presented the state of play in the implementation of the Code of Conduct on illegal online hate speech to which they had agreed to last year. The evaluation covered a six-month period and was carried out by NGOs and public bodies in 24 EU countries. It lead to an interesting debate around the most effective measures to ensure that illegal hate speech online can be effectively detected, reported and countered.

Some of the key points are:

During the second day, the European Commission presented its paper on ensuring justice, protection and support for victims of hate crime and hate speech. During the discussions that followed, speakers and participants highlighted the importance of access to justice, which is only effective if reporting is accessible, and the need to work on prevention and awareness raising among all categories – from vulnerable groups to police and judicial bodies. The problem of under-reporting was also highlighted, as it is crucial that victims report incidents of Hate Crime.

NHRIs, through their multifaceted role, carry out human rights education, while understanding the importance for individuals to know their rights in order to ensure protection against hate crime. Together with civil society organisations, they play a key role in reporting hate and making sure social media is #Noplace4hate.

Photo: Commissioner Vera Jurova at the opening of the 3rd meeting of the High Level Group